Despite an amazing sightseeing walk, the morning had been rough. Relaxation was in order and Maruyama park was our place of choice.

At the end of Shijo street, Yasaka shrine made itself visible with the gate bright colors. 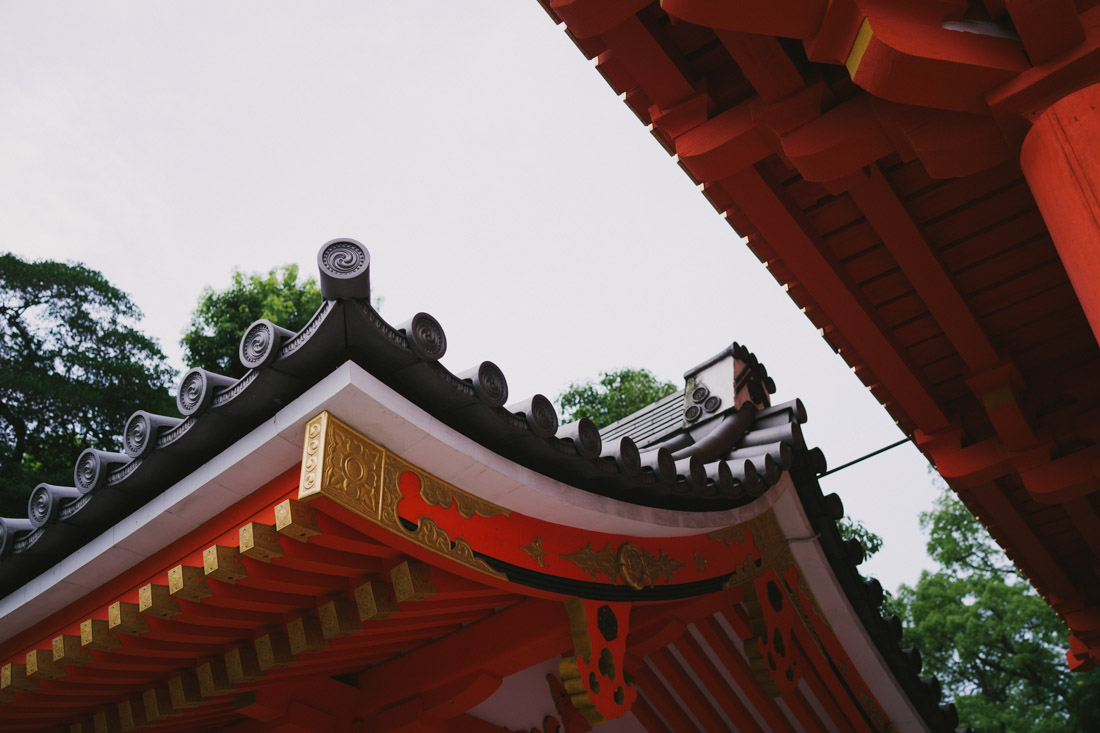 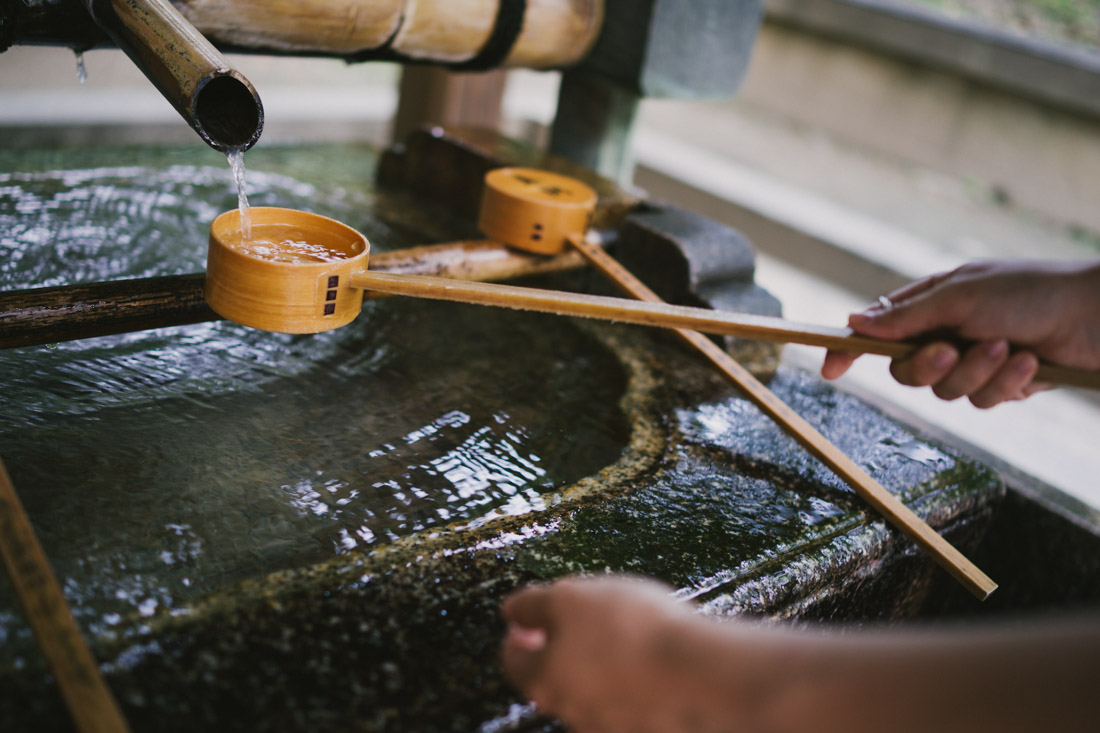 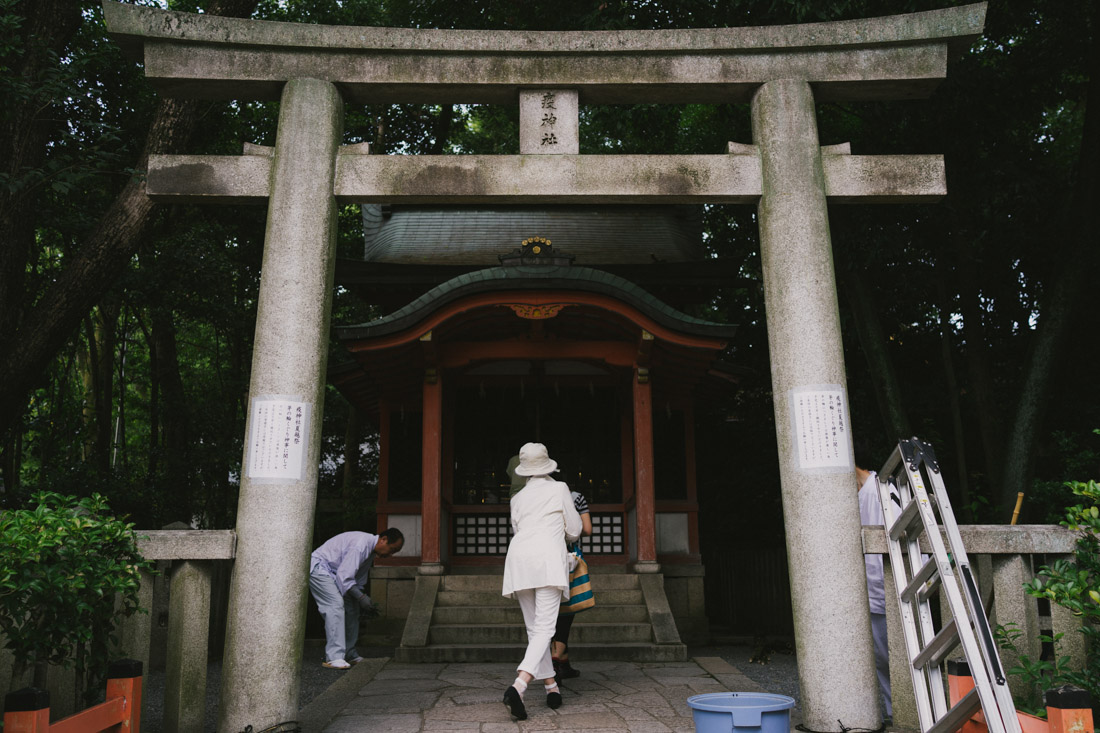 There are dozens of medium to small-sized secondary shrines. 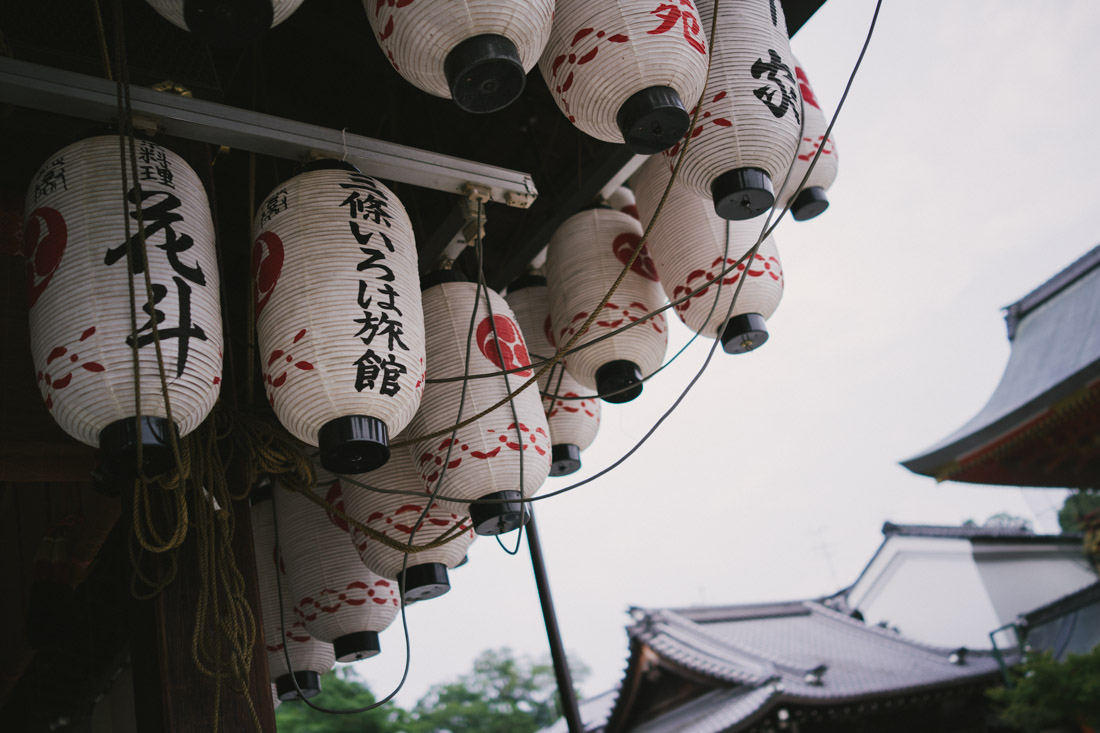 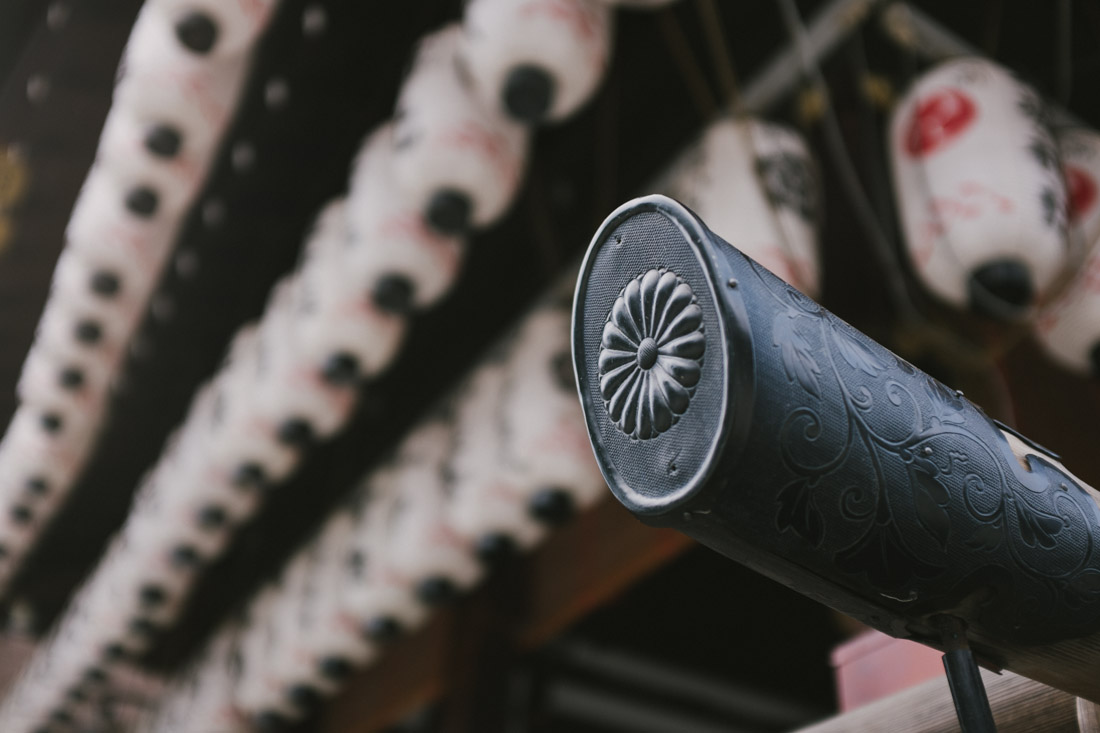 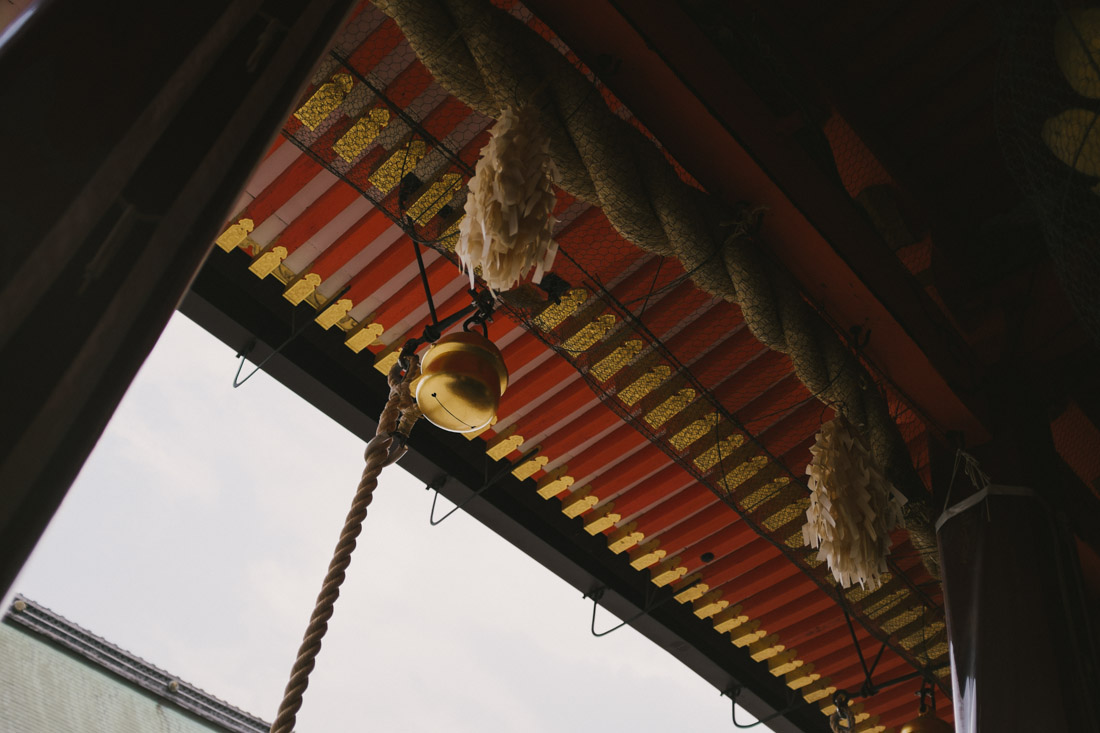 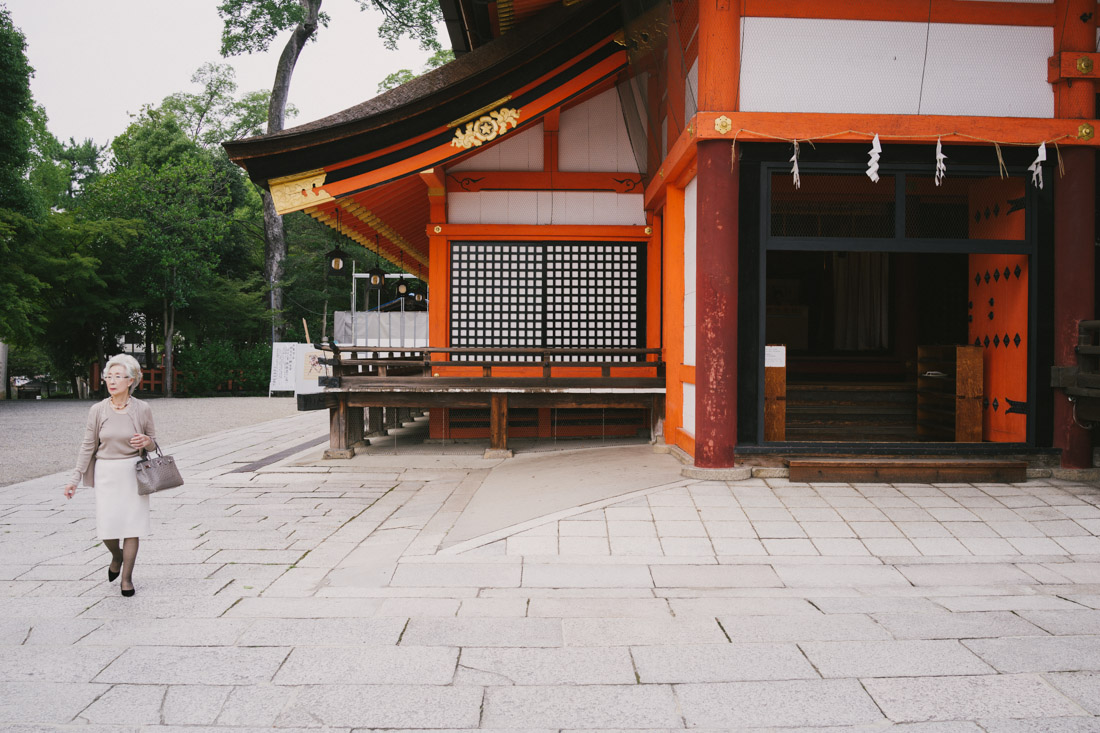 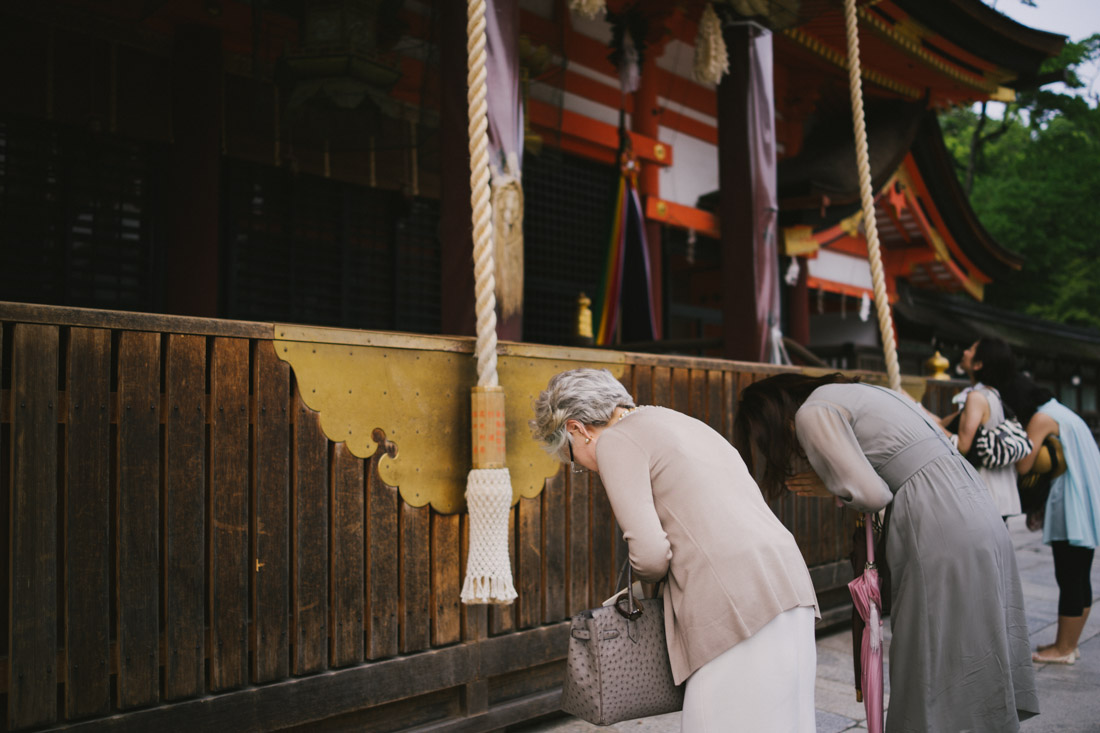 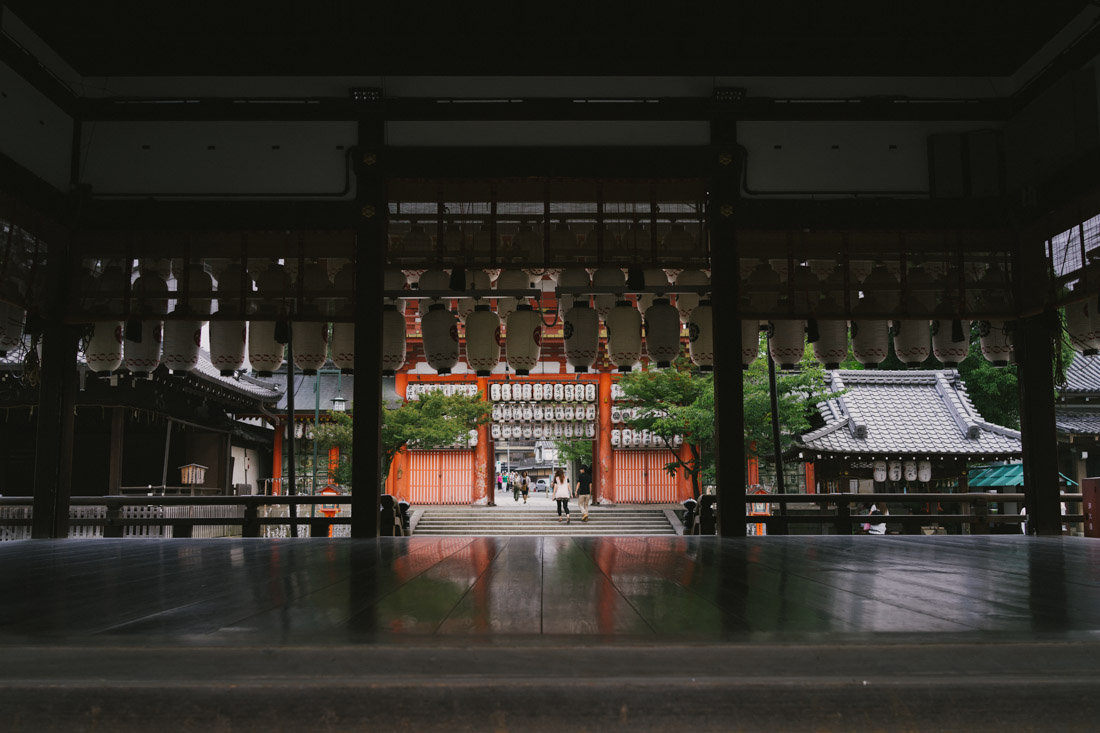 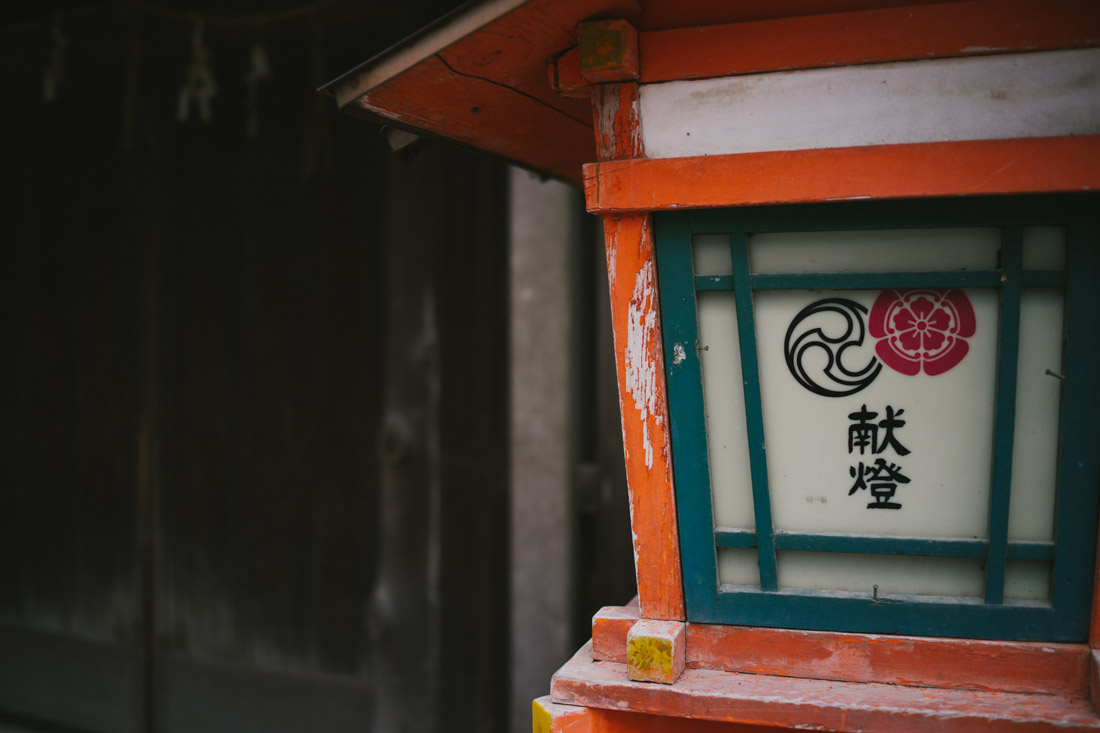 After a nice shower we got back to the streets and explored a little bit more. We walked to Yasaka shrine, next to the popular Gion district, and wandered around Maruyama park, which is the perfect place to wind down and relax. 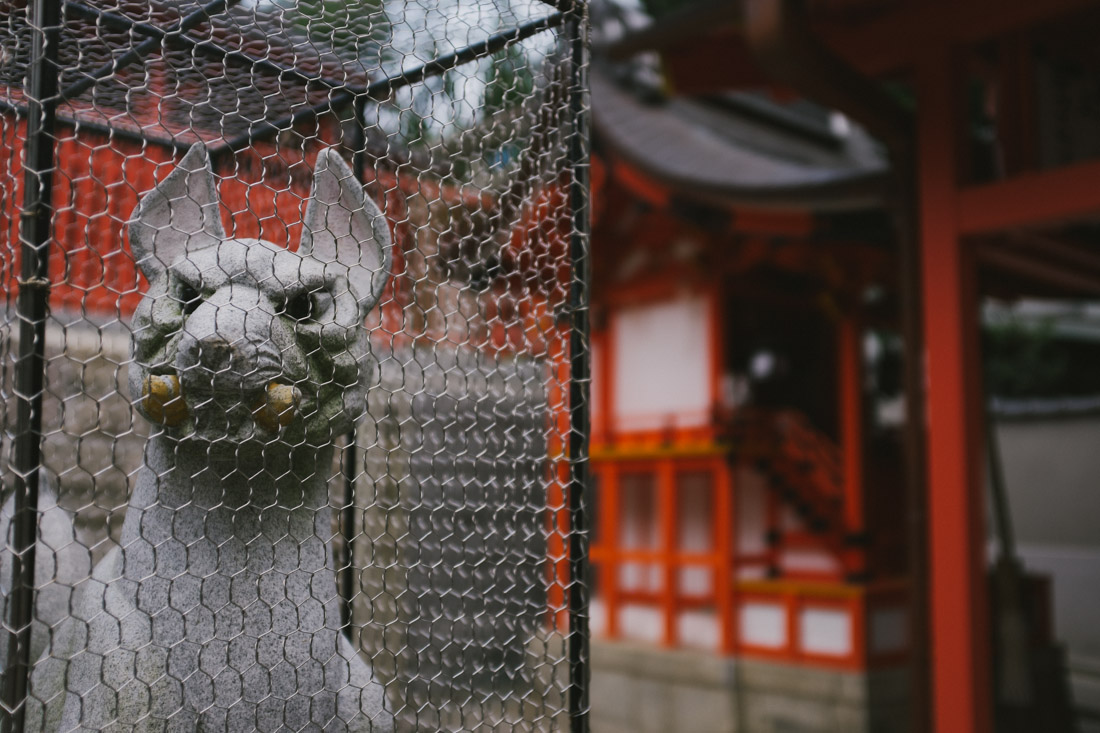 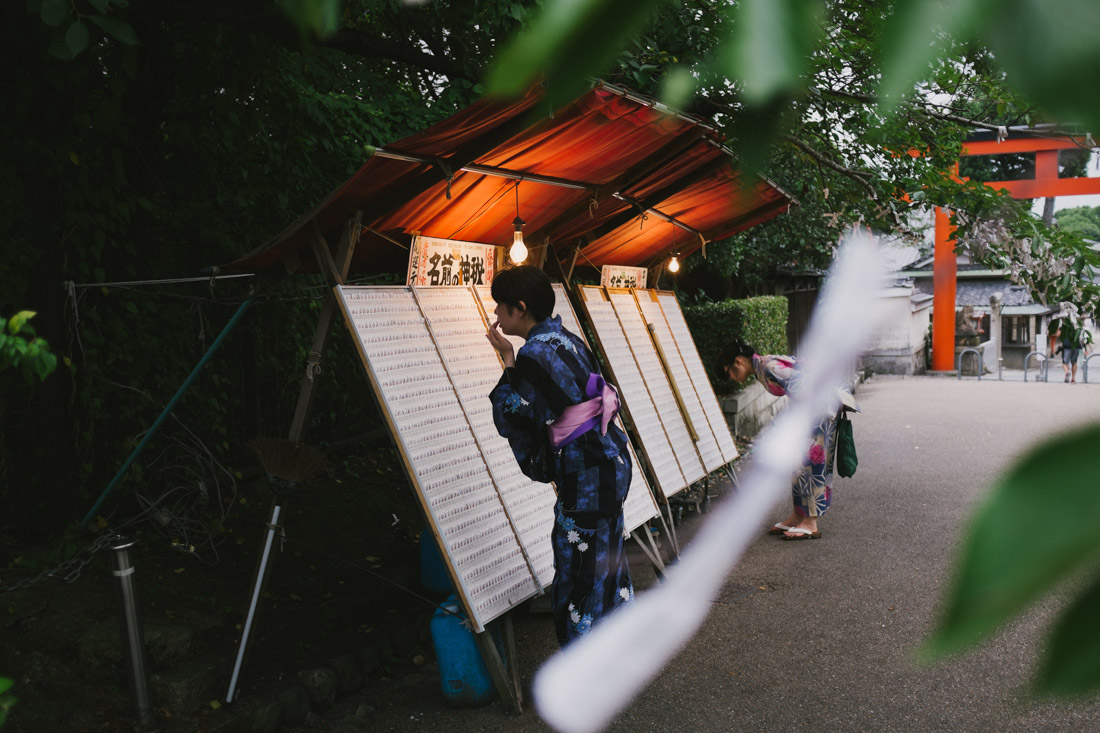 A couple of girls were going through the fortunes. 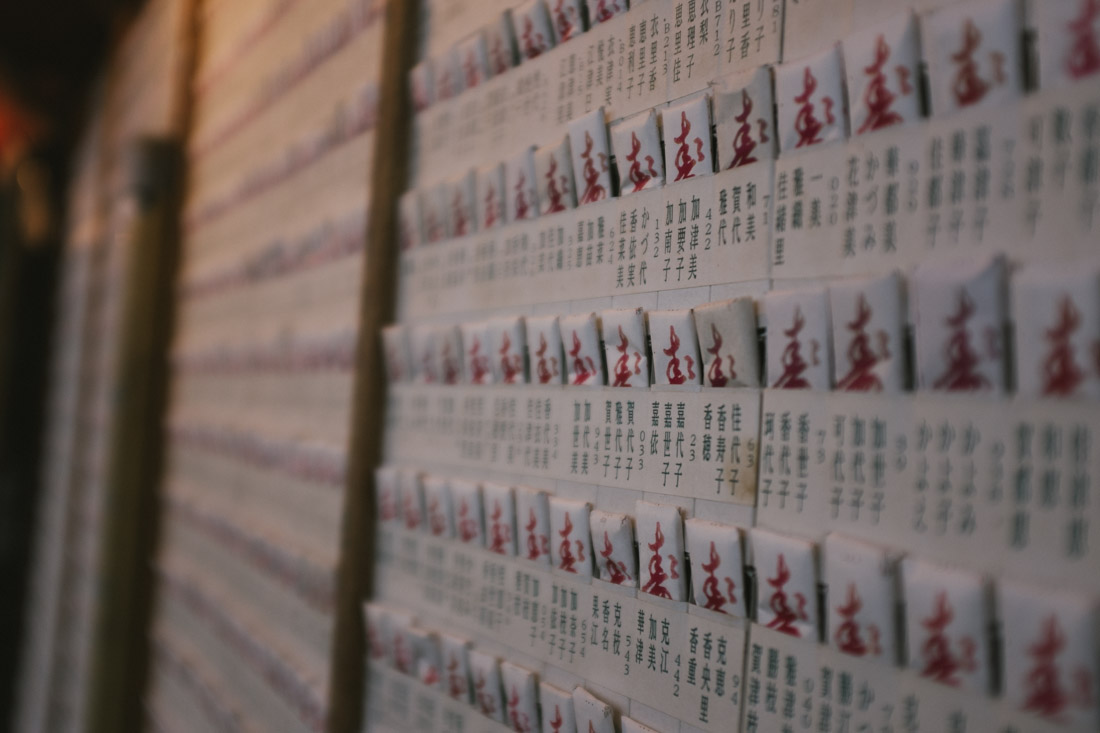 We did not understand these ones — anyone want to chime in? 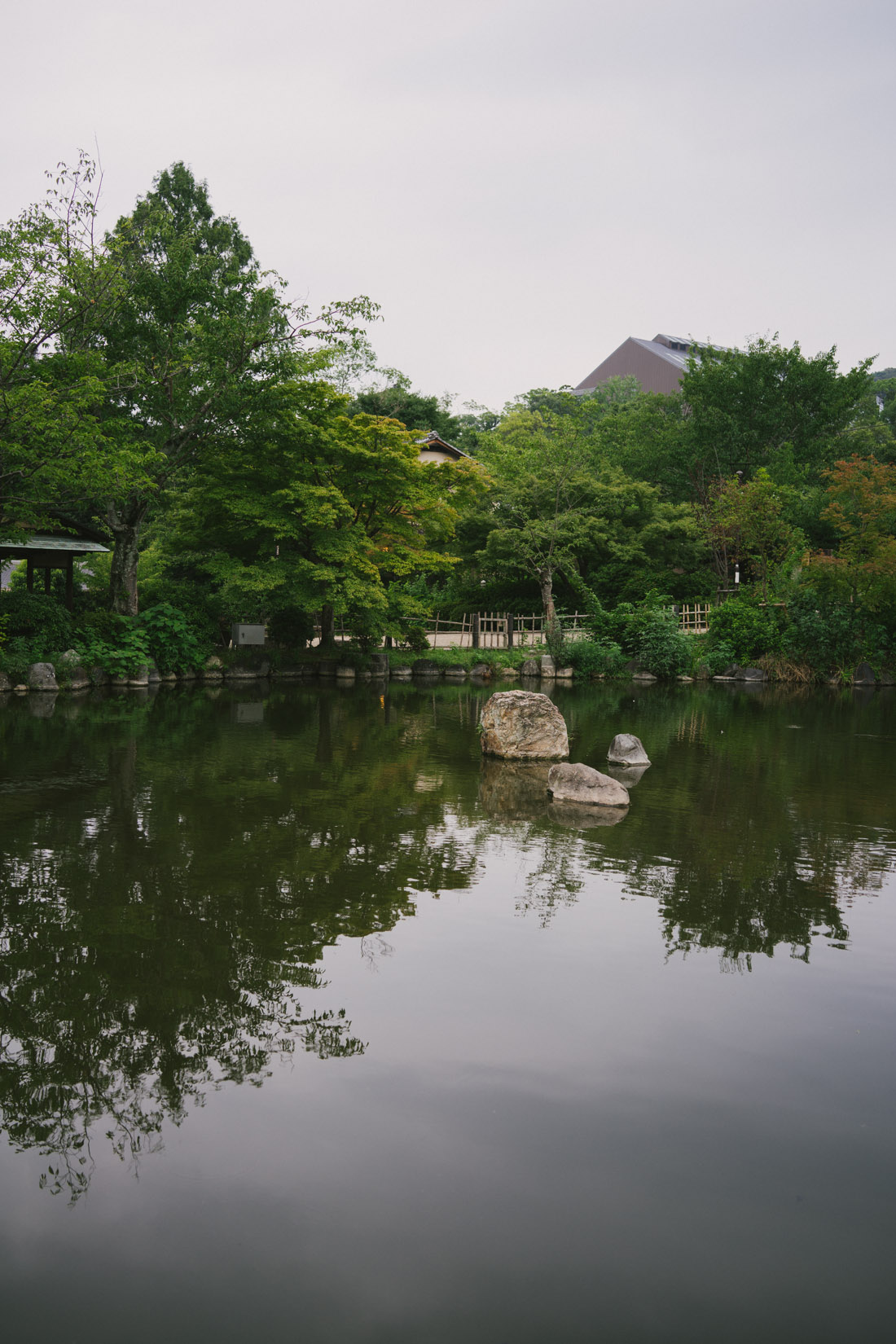 Pond in Maruyama park with many fish, a couple of ducks and a pair of turtles. 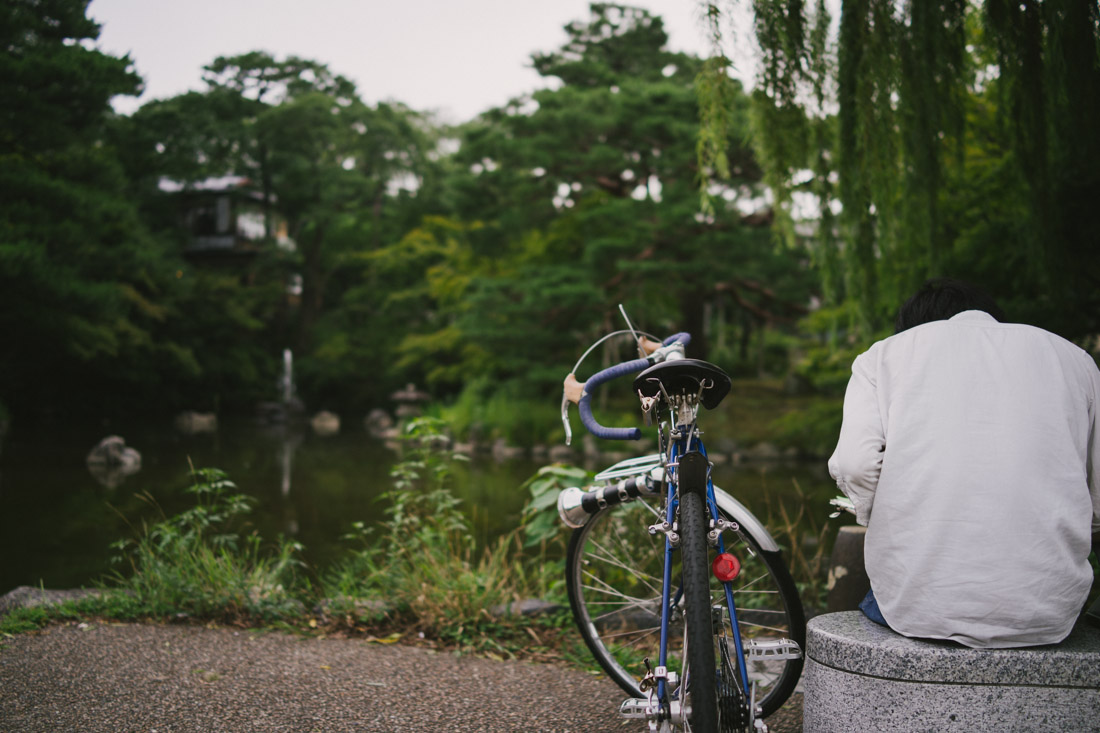 We sat down for a while to soak it all in. 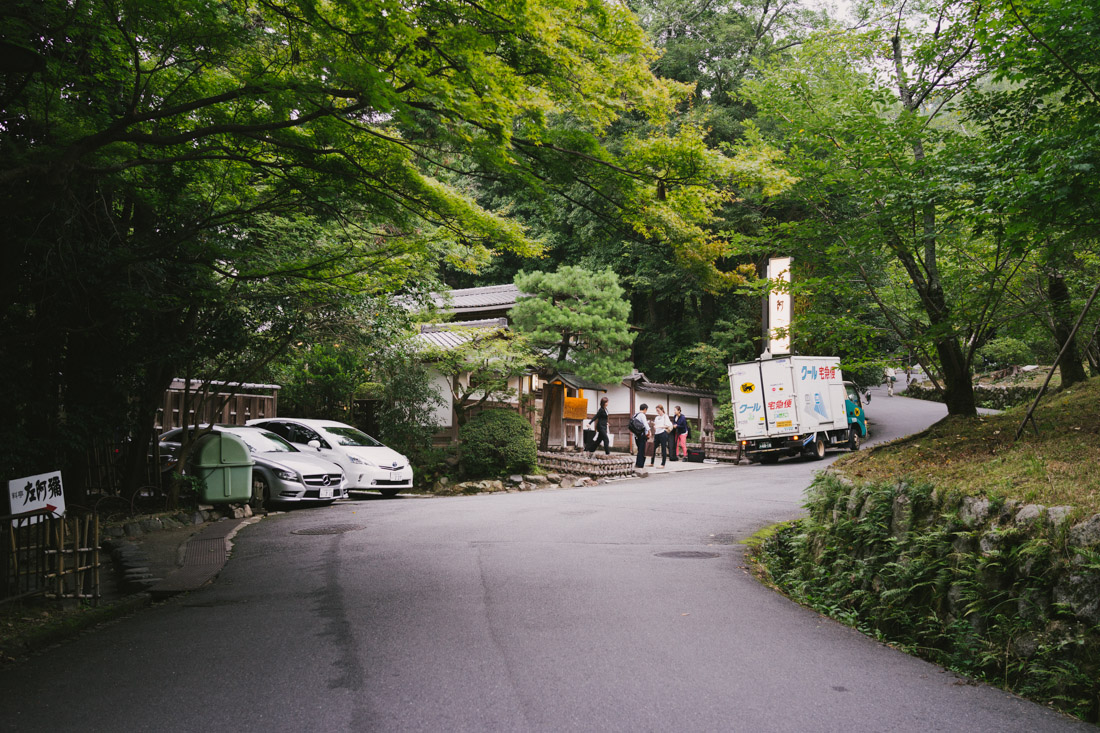 In the northern part of the park there are many traditional inns called Ryokans. Usually they host guests and provide a typical kaiseki meal. 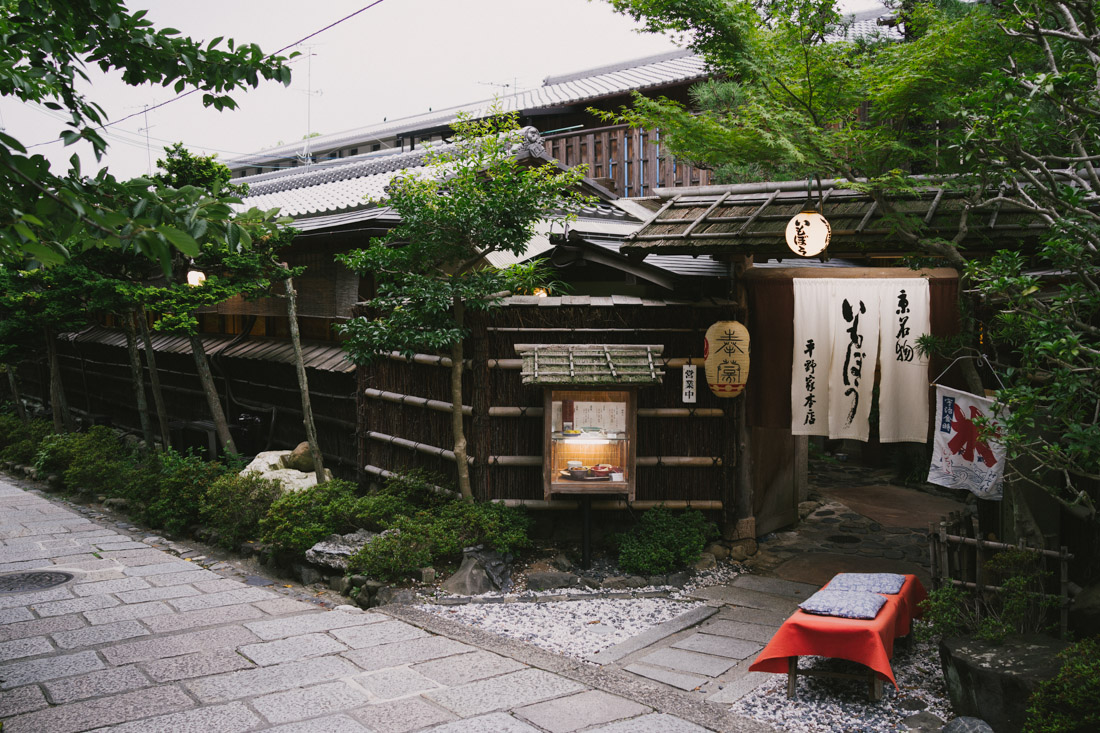 This area also has a few restaurants that prepare kaiseki-style meals exclusively.

Kaiseki is a multi-course meal that aims for the perfect balance in both taste and aesthetic impact.

Small shrine dedicated to the food gods, here represented by these animal figures.

After that, we crossed the street to Gion and passed by some very, very narrow and absolutely jaw-dropping alleys, which house countless restaurants and bars. 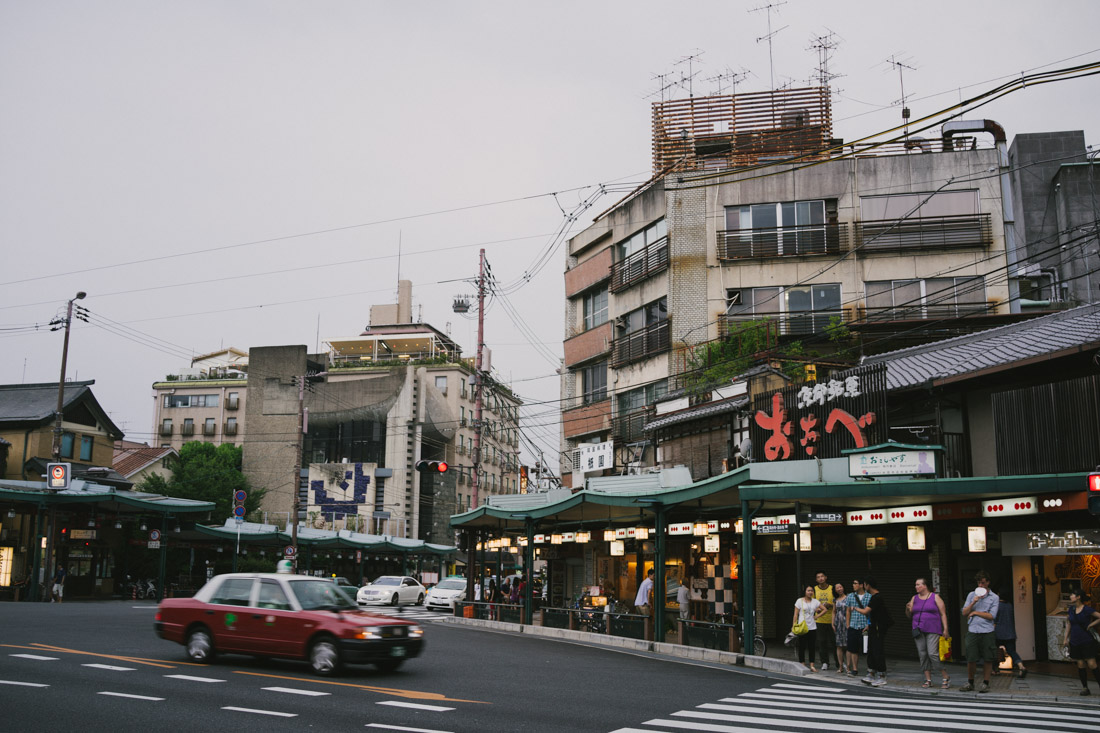 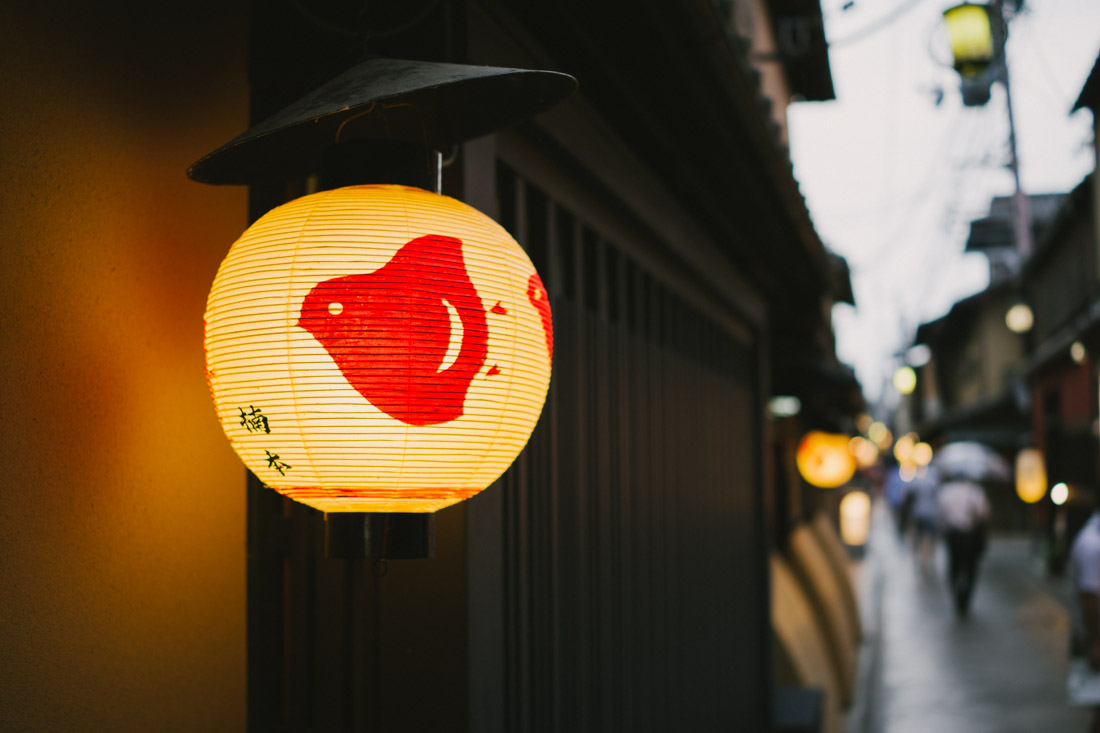 We had Ippudo in mind for dinner, but there was huge line at the door, so we went to Ootoya and had a really great katsu for a ridiculous low price, and had free tea until our hearts content. We had noticed a small little bar right next to the restaurant, that had really cheap beer — we are used to cheap beer back at home, but in Japan, beer is expensive, especially if you order at a restaurant. We went in and learned that we had to pay an entrance fee, and every drink after that becomes a real bargain, and you even have small boxes with snacks and hot food for just ¥100 a piece. It was really new and difference to experience a real bar in Japan, where you had the college students, the salary men and the occasional super classy lady in a kimono that went there to close a deal with someone. Very different from what we’re used to.

By now we are a little bit addicted to UFO catchers, so we went in at a fun center that also happen to have a three stories bowling center and ended up the night knocking off some pins. 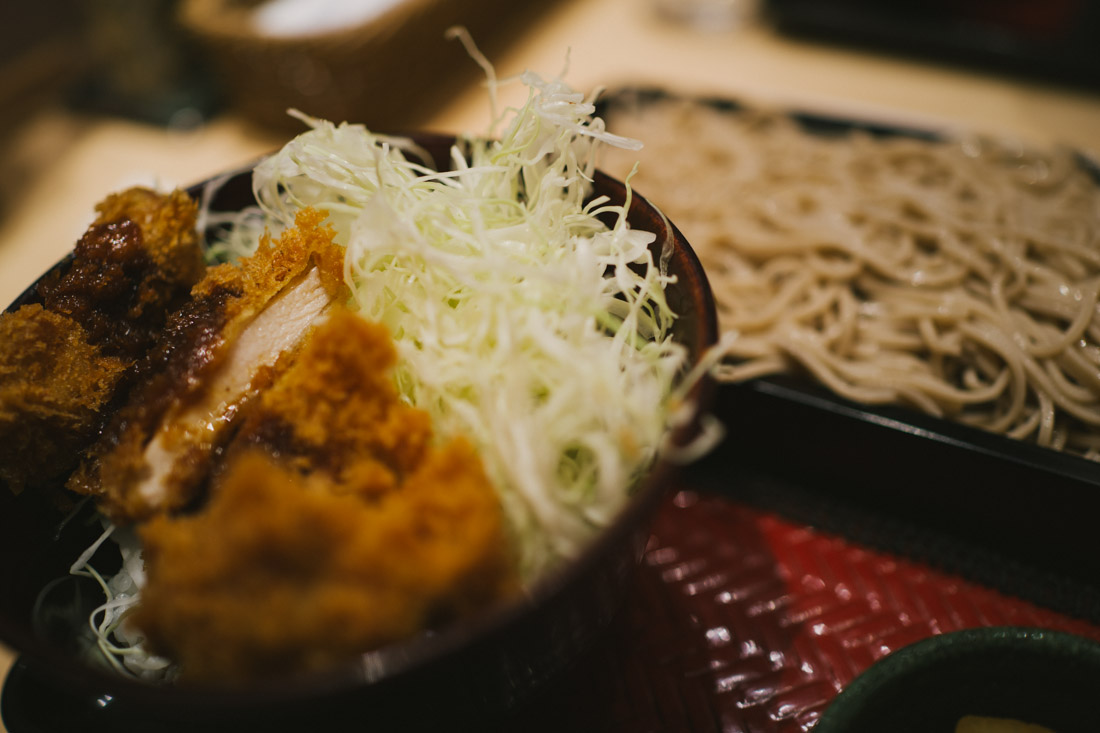 Tonkatsu with soba at Ootoya, a chain that serves good food.

Natto: fermented soy beans and the only Japanese treat we could not finish so far. 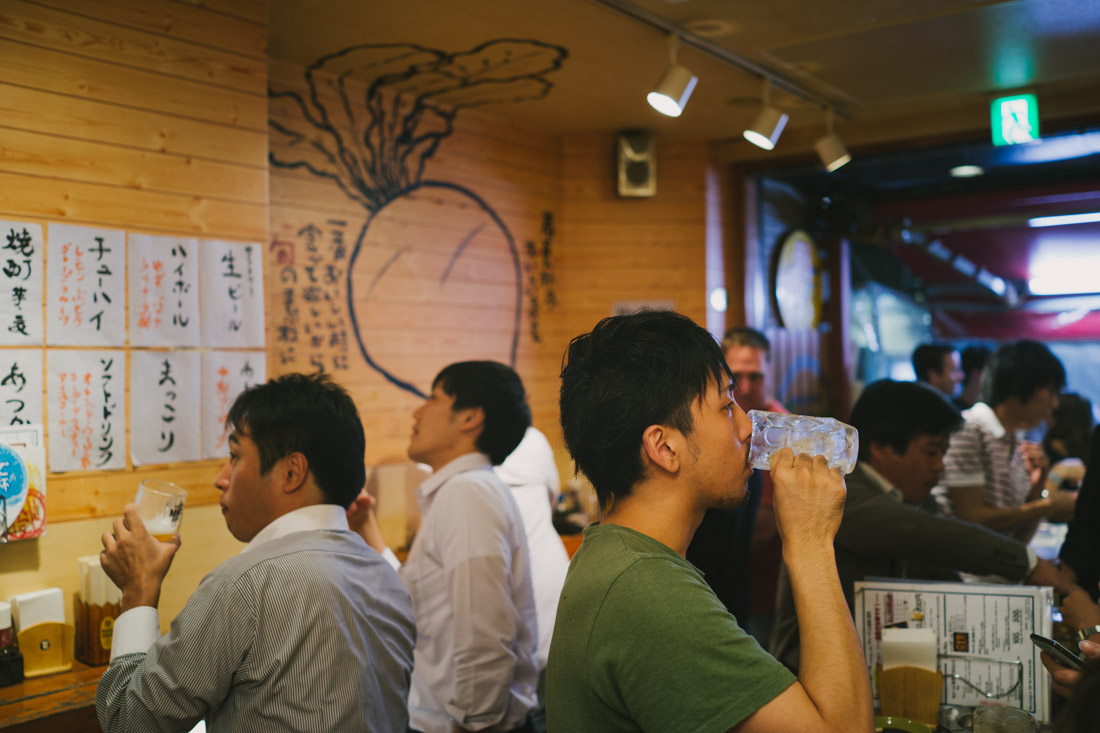 Arcade game where you bet on a horse and watch it race on an actual scale track. 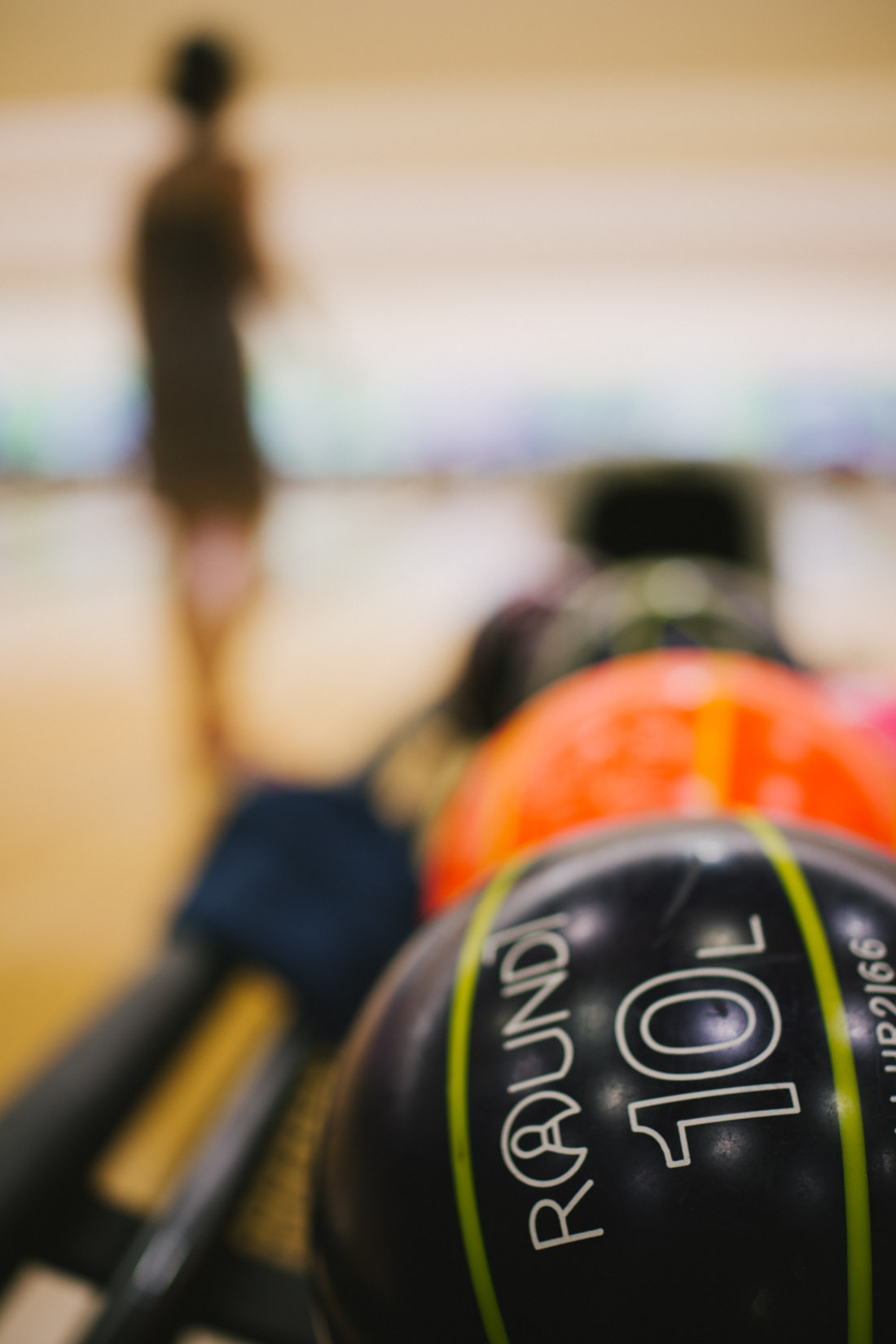 To end our evening we played two rounds of bowling.