The plan was to go to Osaka and spend the day there, but we were completely defeated by the sun and heat. We did, however, managed to visit the mighty Osaka-jo.

Kyoto subway line is quite easy to go by. 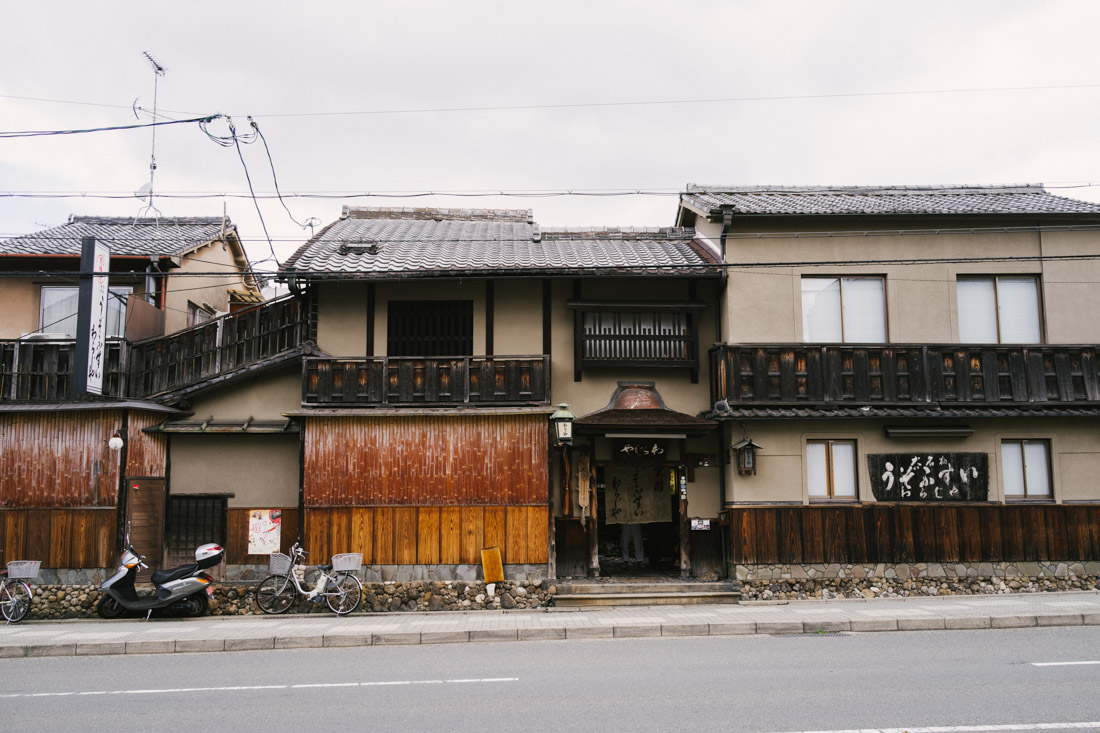 On our way to the Kyoto station we crossed a really pleasant residential neighbourhood. 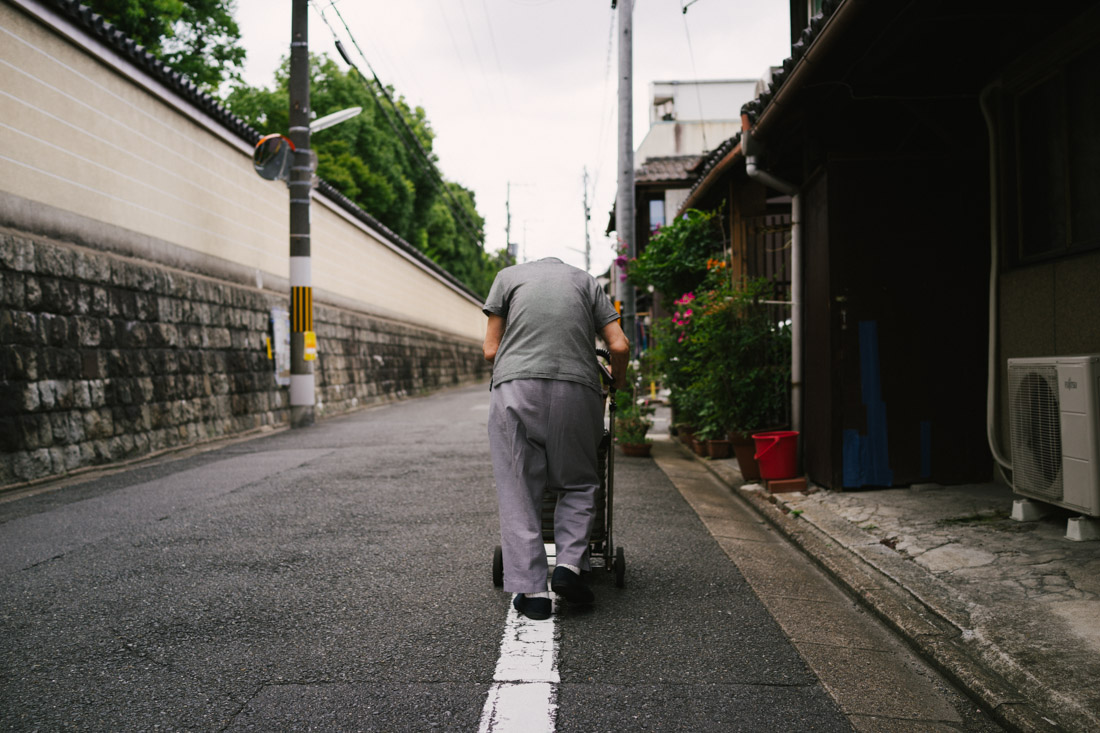 People in Japan seem to grow older in a slower way than we westerns do. This old lady was easily way in her 90s. 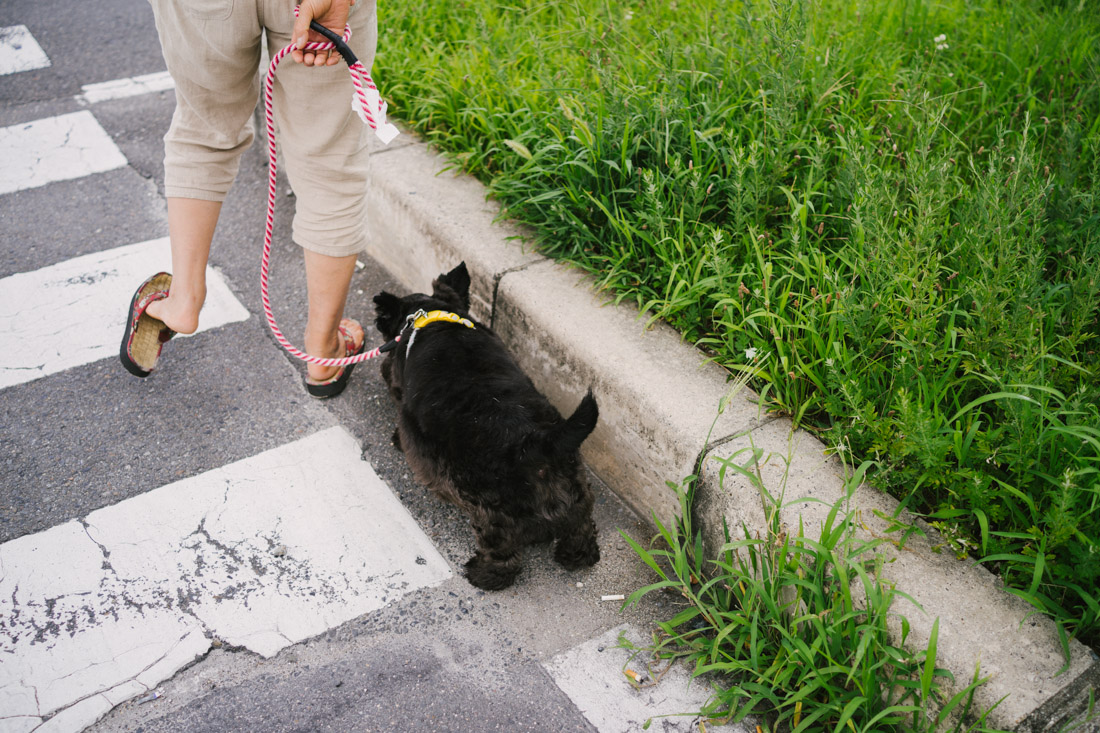 There are definitely more doggies out with their owners in Kyoto than in Tokyo, probably because houses are bigger and it’s just easier to walk them around. 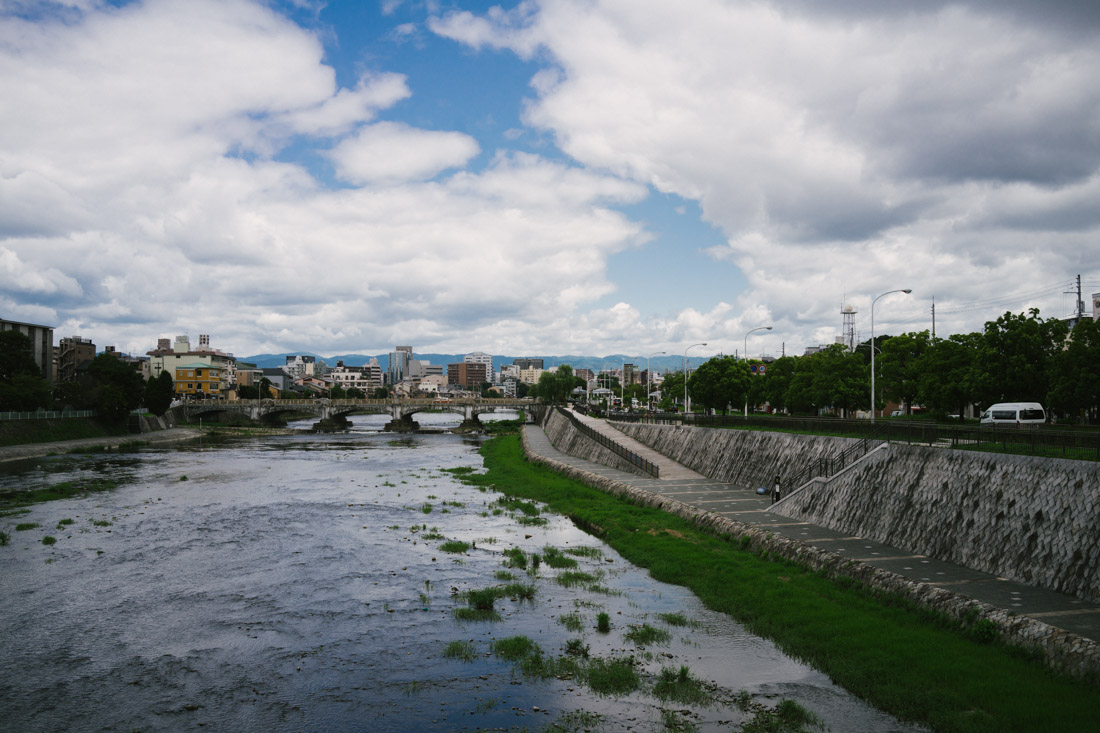 After a 30 minutes ride on the local rapid train we got to Osaka and the weather started to weigh on us. The sun, the heat and the overall humidity got to us almost immediately after we stepped out of the train. The first impression of the city was that it didn’t really feel Japanese enough, the buildings were pretty western and the vibe was a bit different from every other place we’ve been to in Japan. 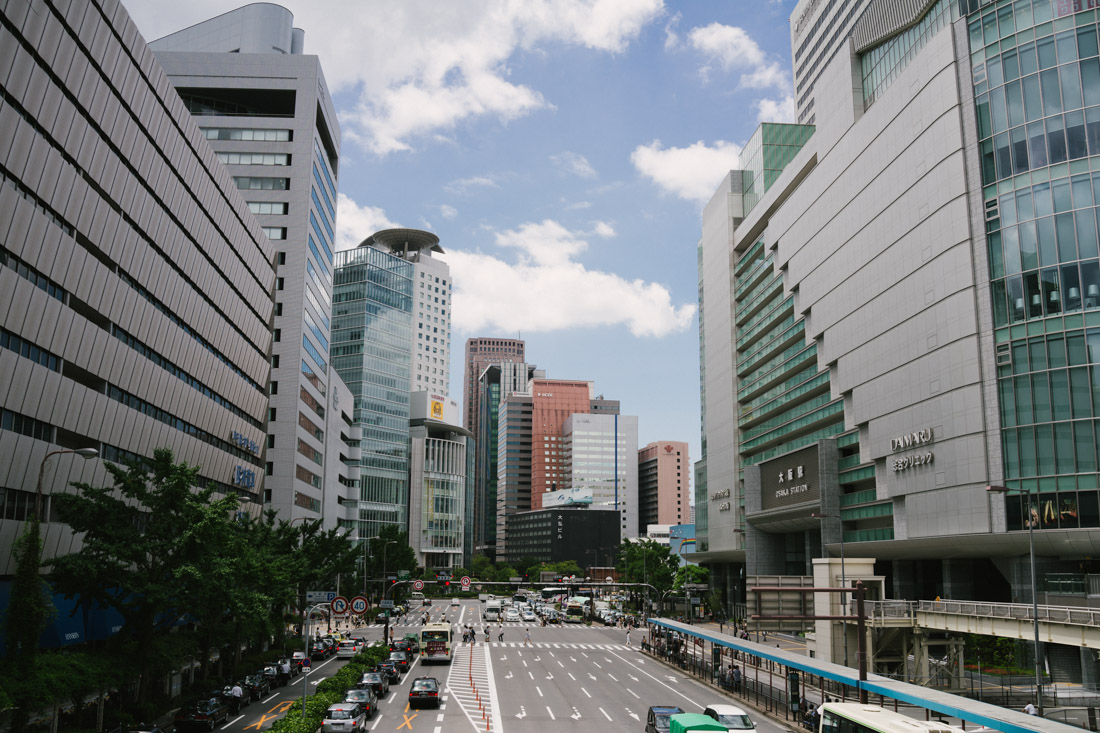 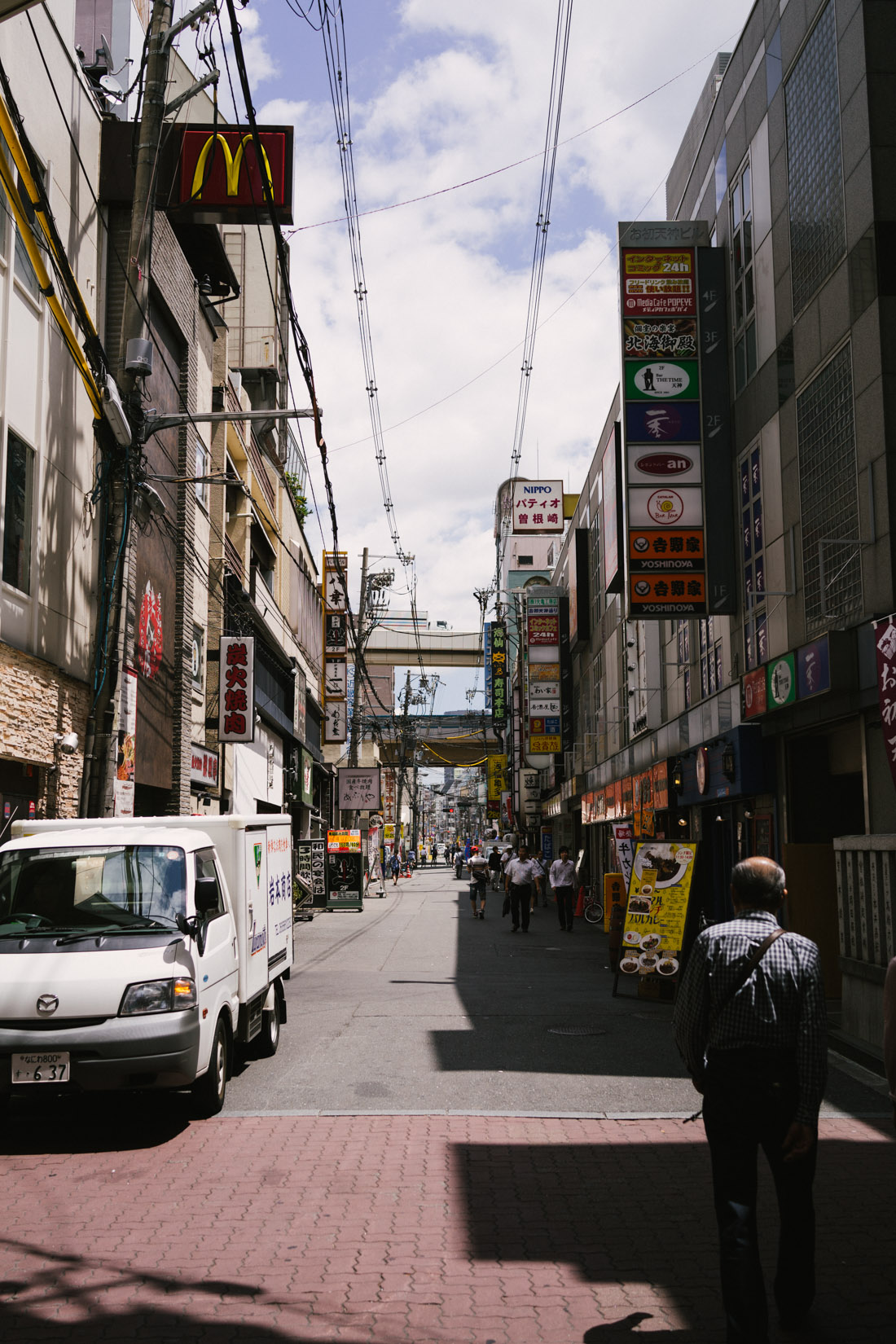 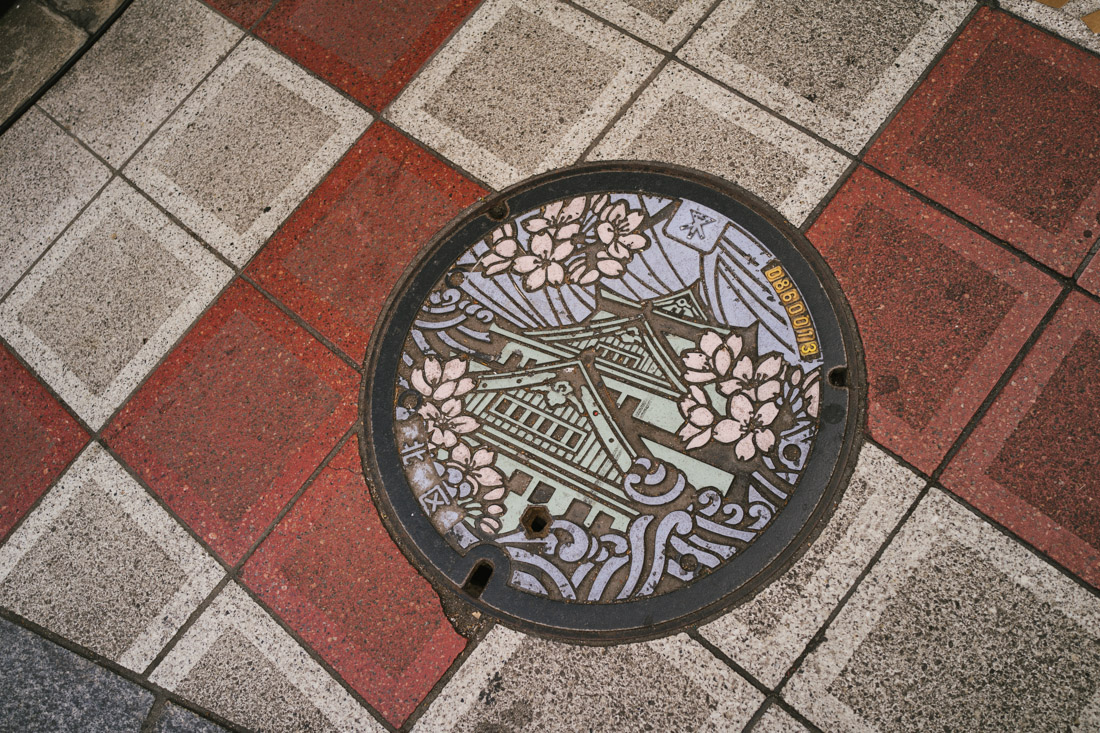 We found some of these very decorated manhole covers all over Japan. 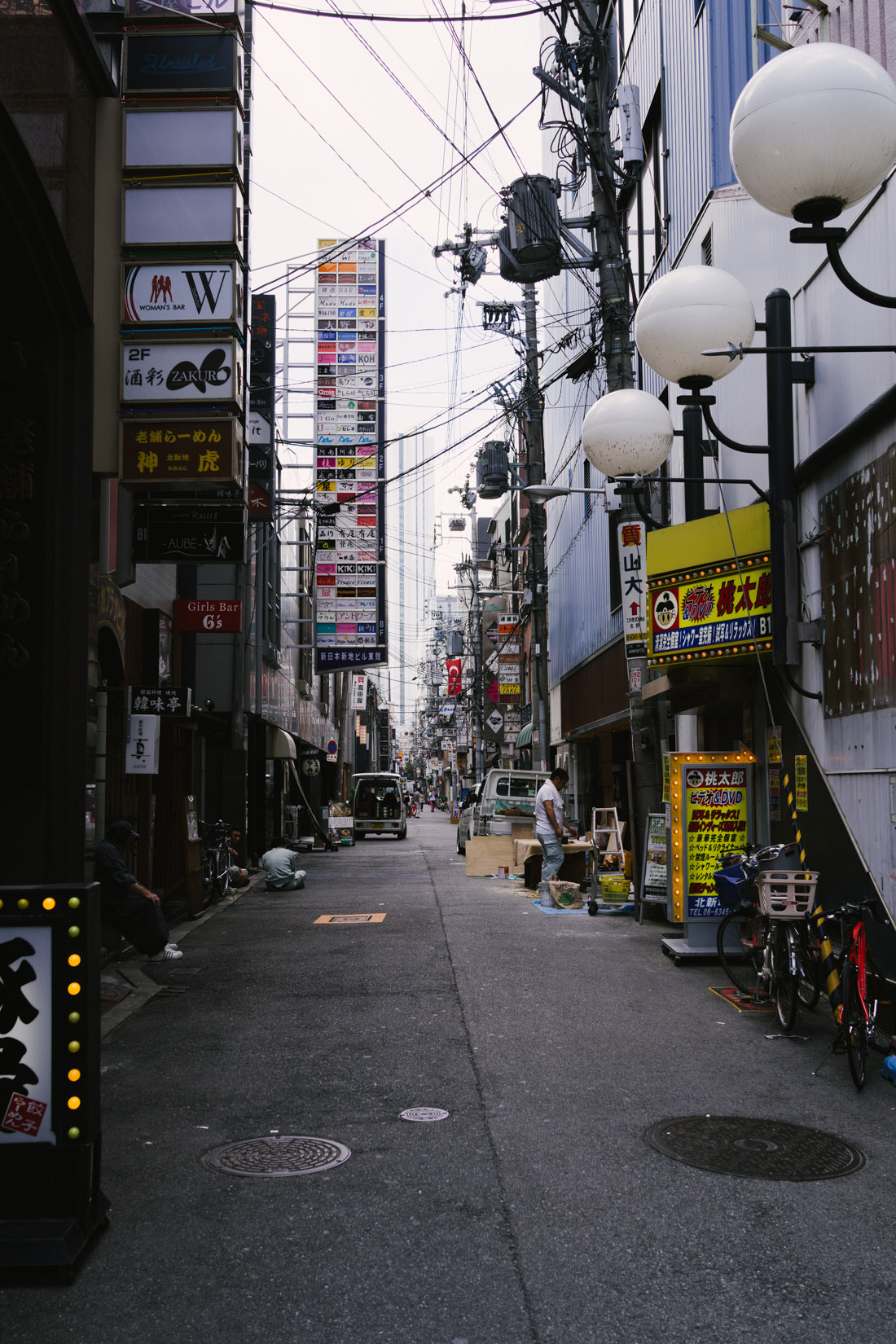 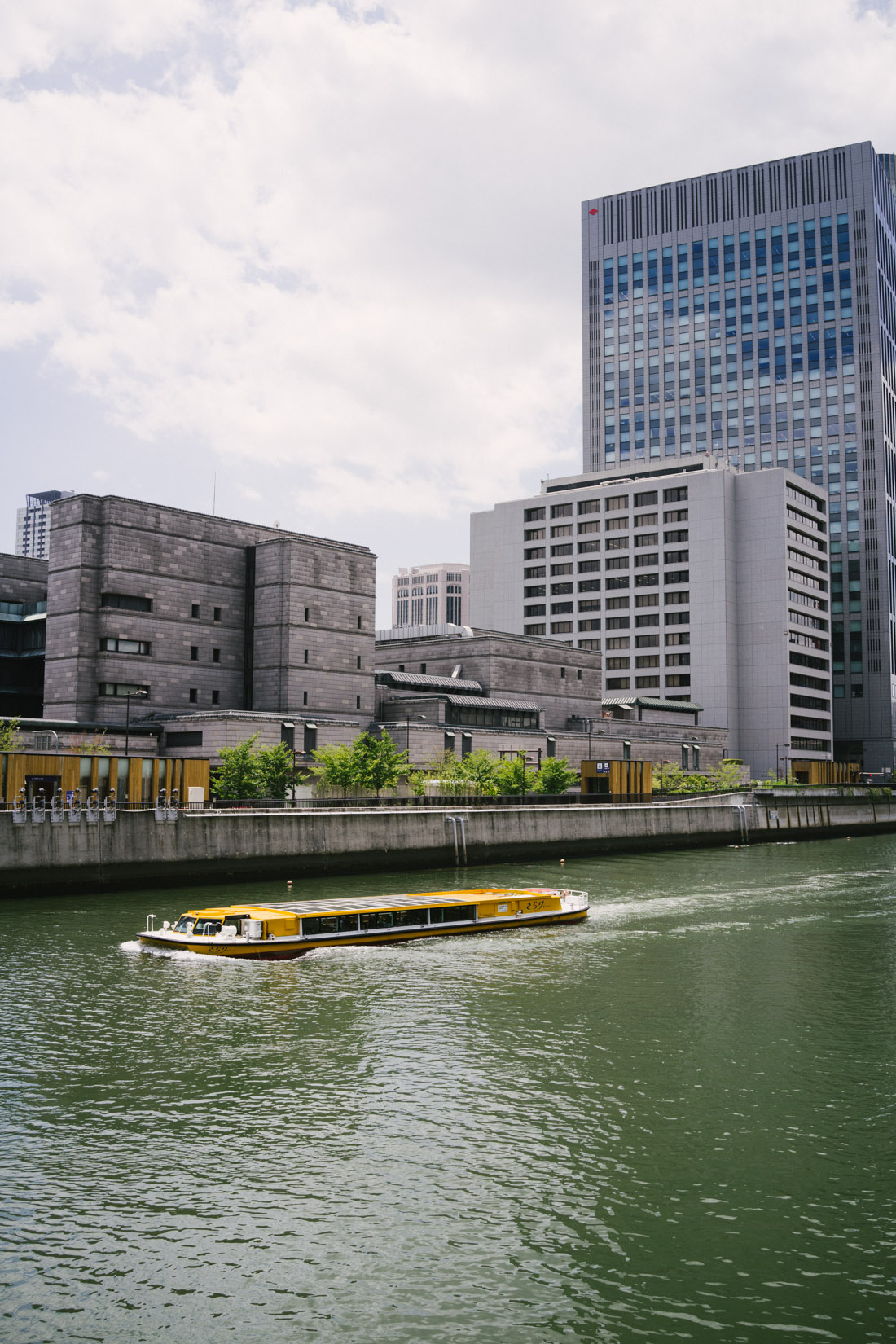 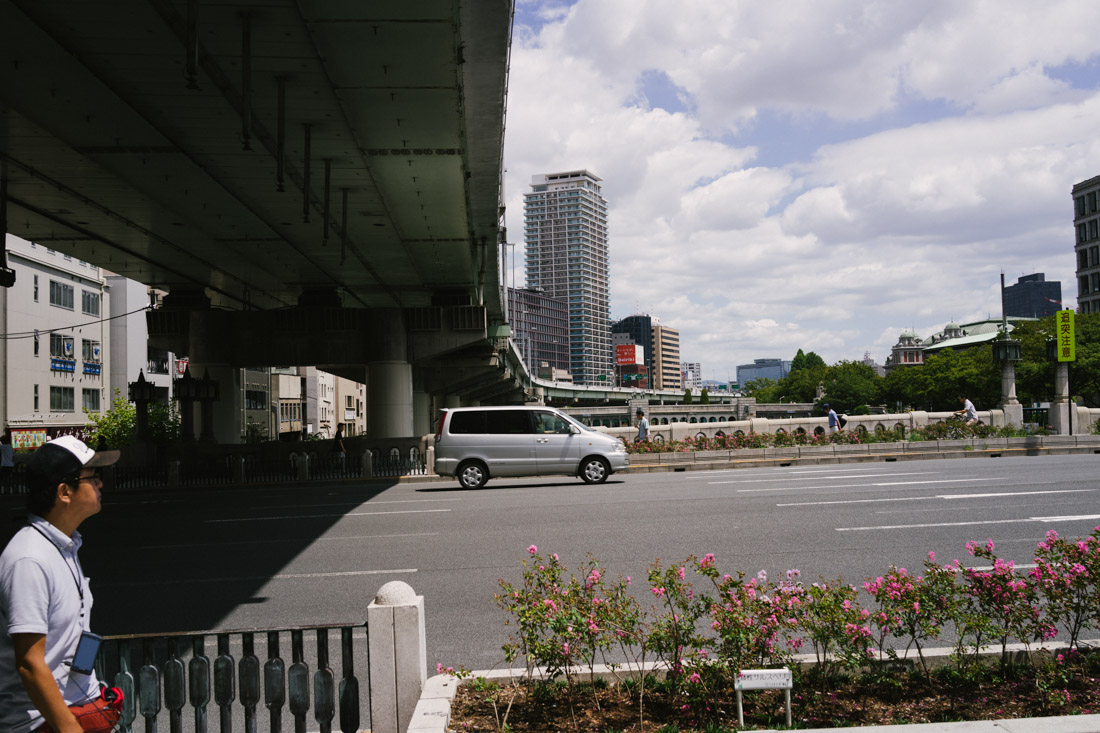 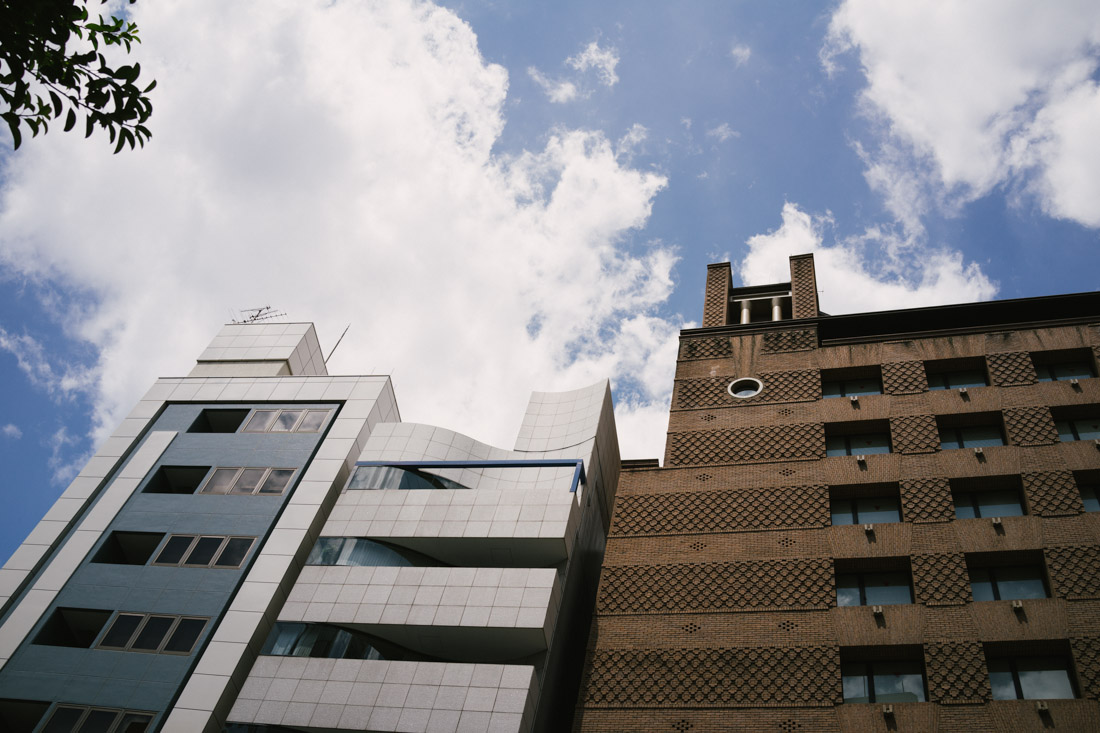 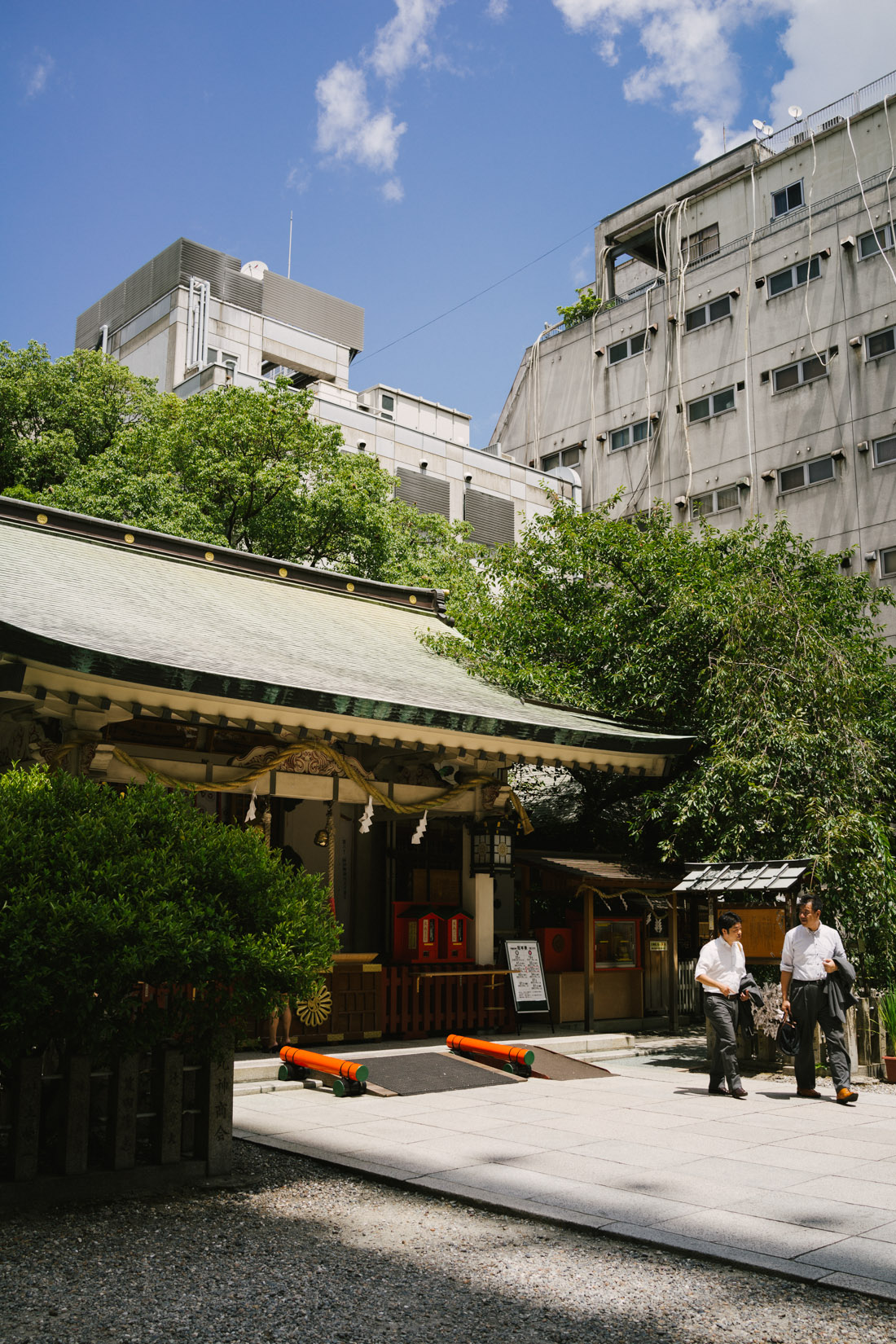 Tiny quiet temple in the middle of the busy city where we sat to have breakfast.

We walked to the Osaka castle and climbed up to a beautiful view of the city. The castle itself was completely rebuilt and every other item originally from the castle was behind glass. 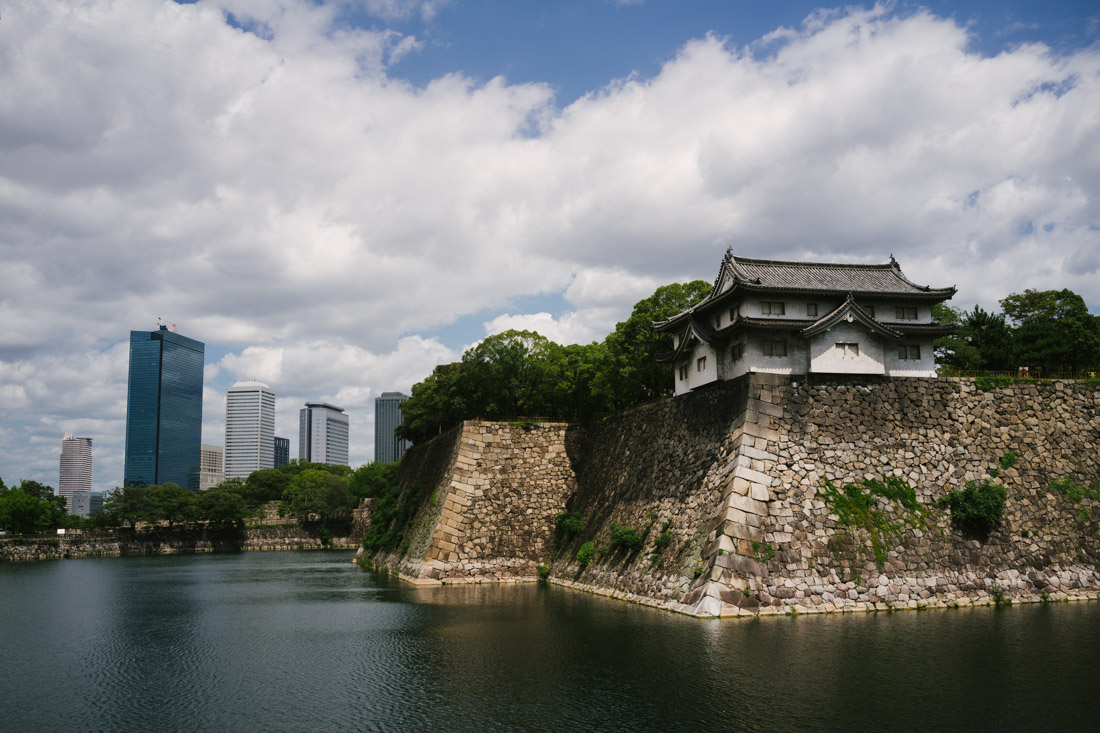 First view of the Osaka-jo rampart. We could tell this was going to be huge just by the size of the moat. 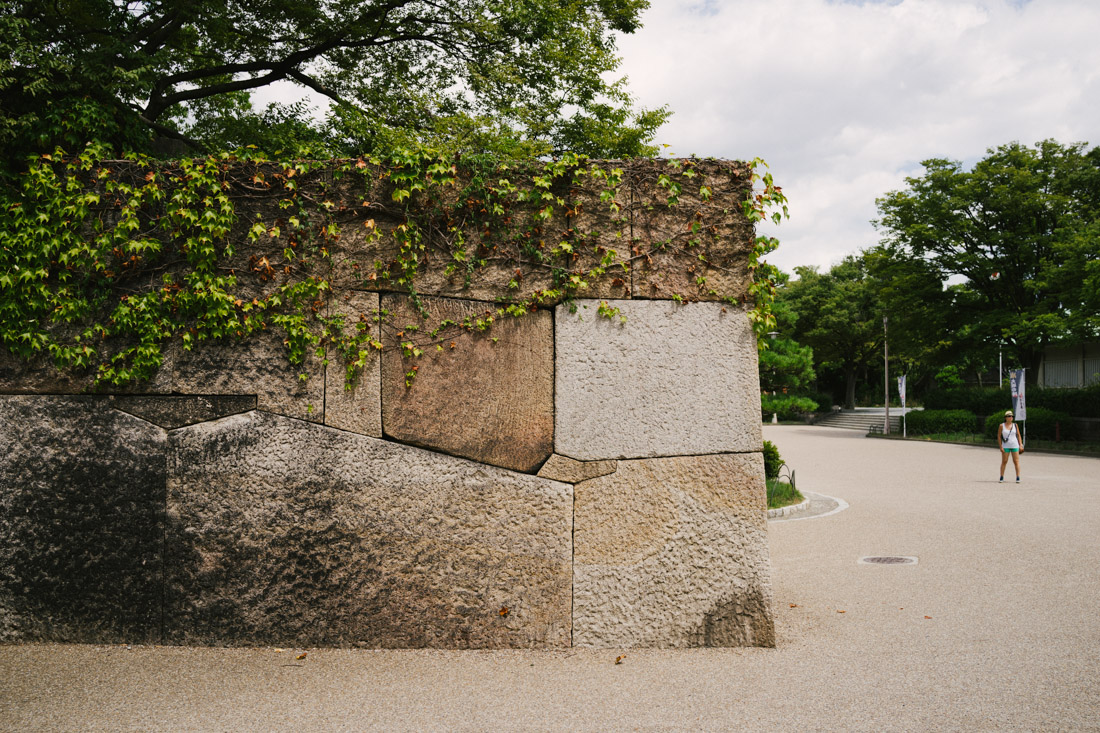 The rampart all around the castle’s grounds had some of the biggest rocks in the world. 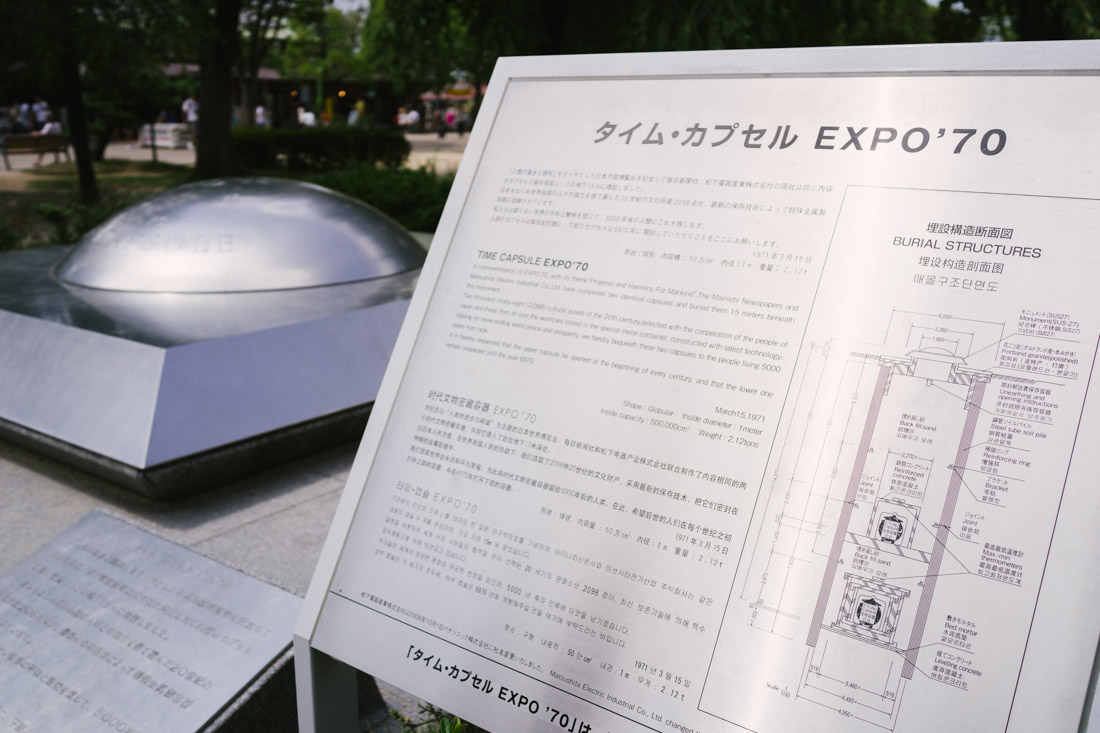 There are two time capsules buried in the castle’s ground. Both are identical in every detail but one of them is closer to the surface and is opened every 100 years (last was in 2000); the other is buried much deeper and will be opened only 5000 years from 1970. Its contents include a silk condom, an eye glass, handcuffs, an origami book and a letter from a 4th grader directed to the people of the future. 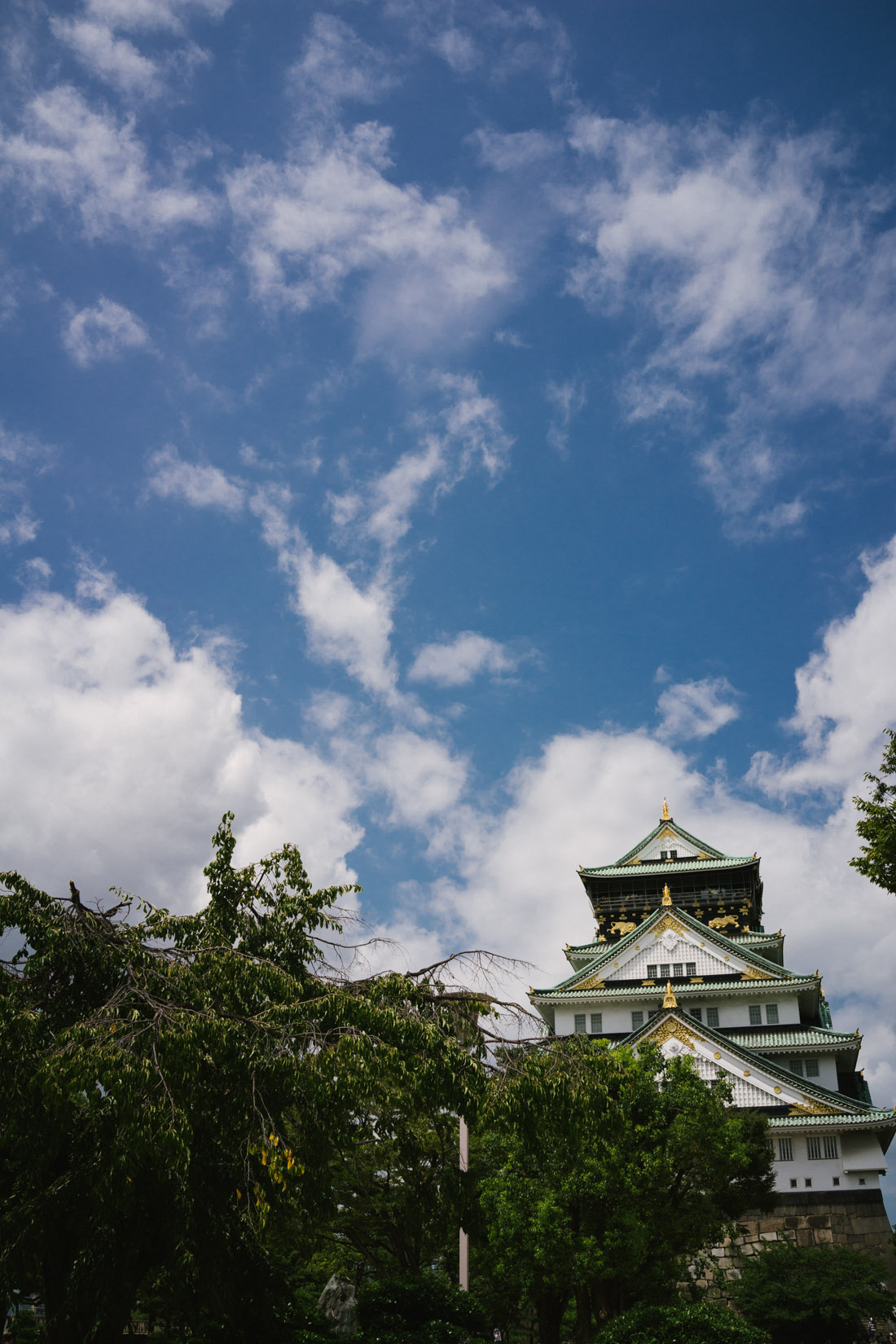 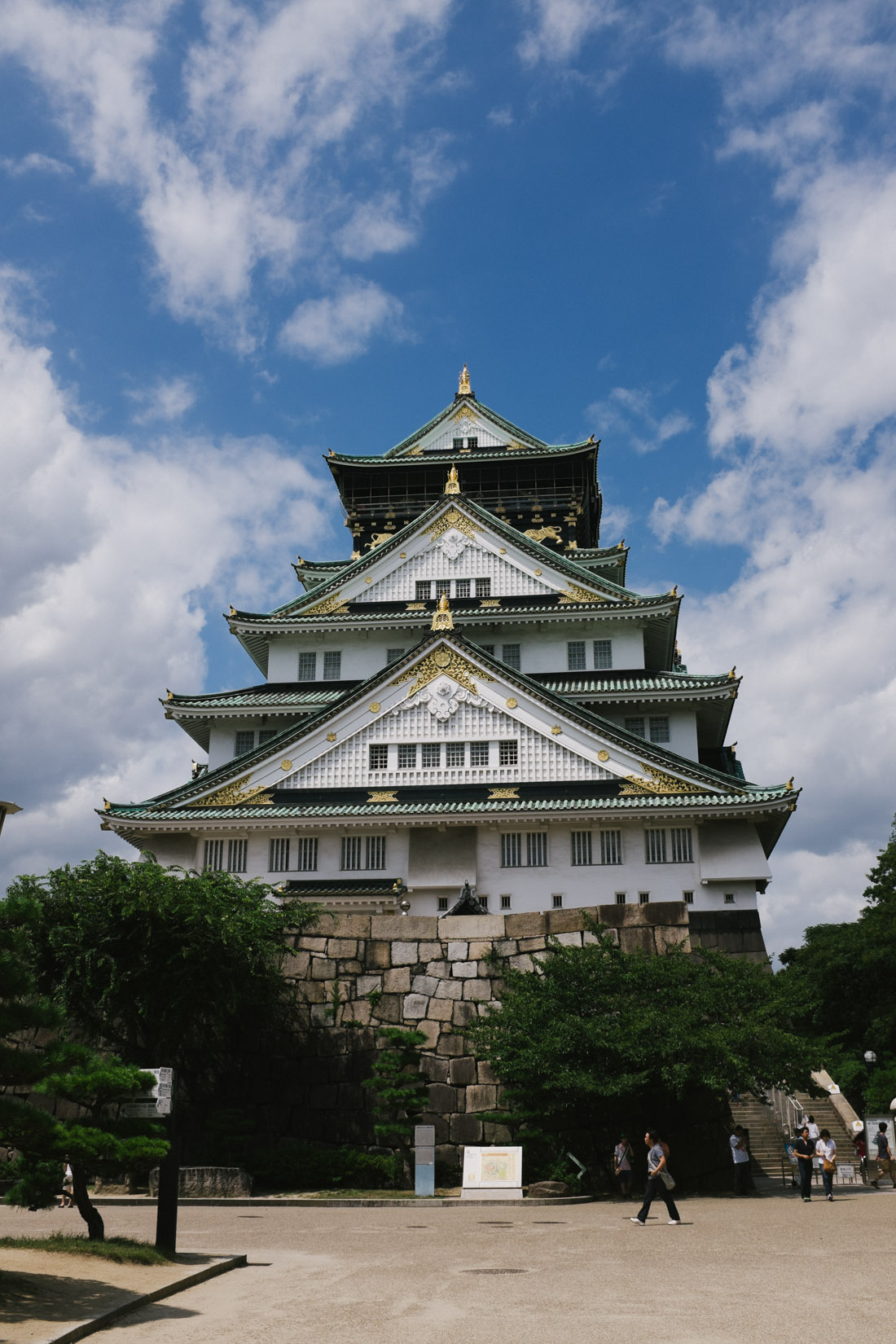 Osaka-jo in all its greatness and beauty. This is one of the most important castles in Japan, playing a major role in the unification of the country in the sixteenth century. 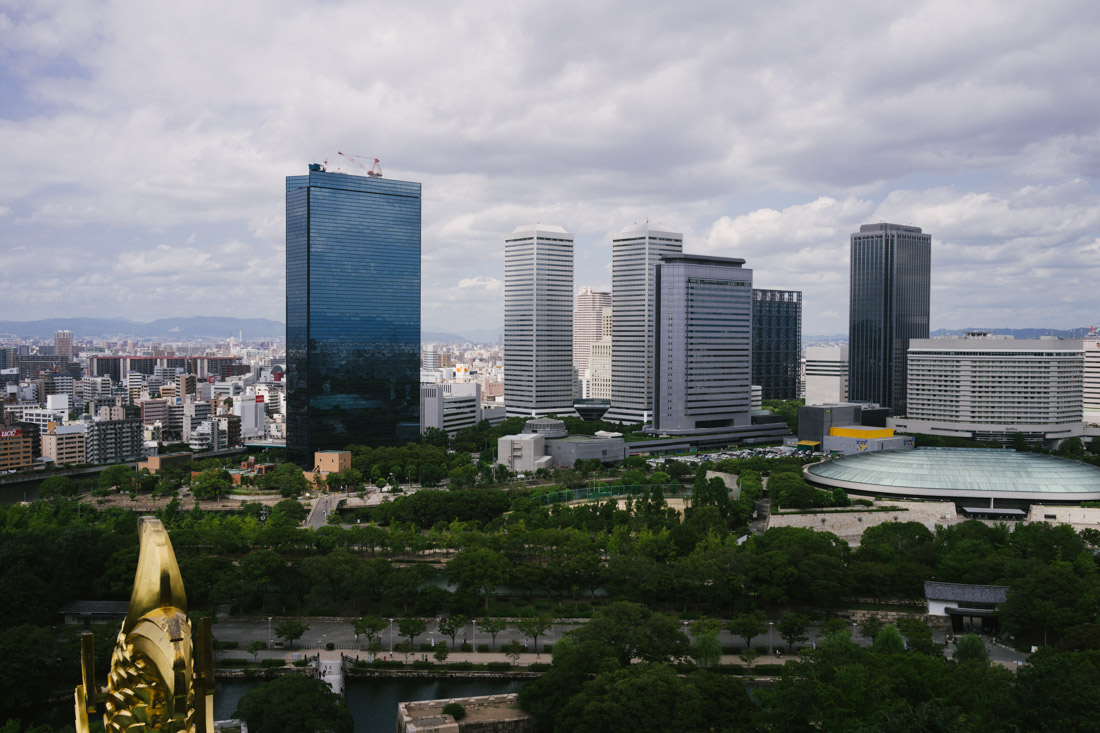 The view of the city from the top of the Castle. 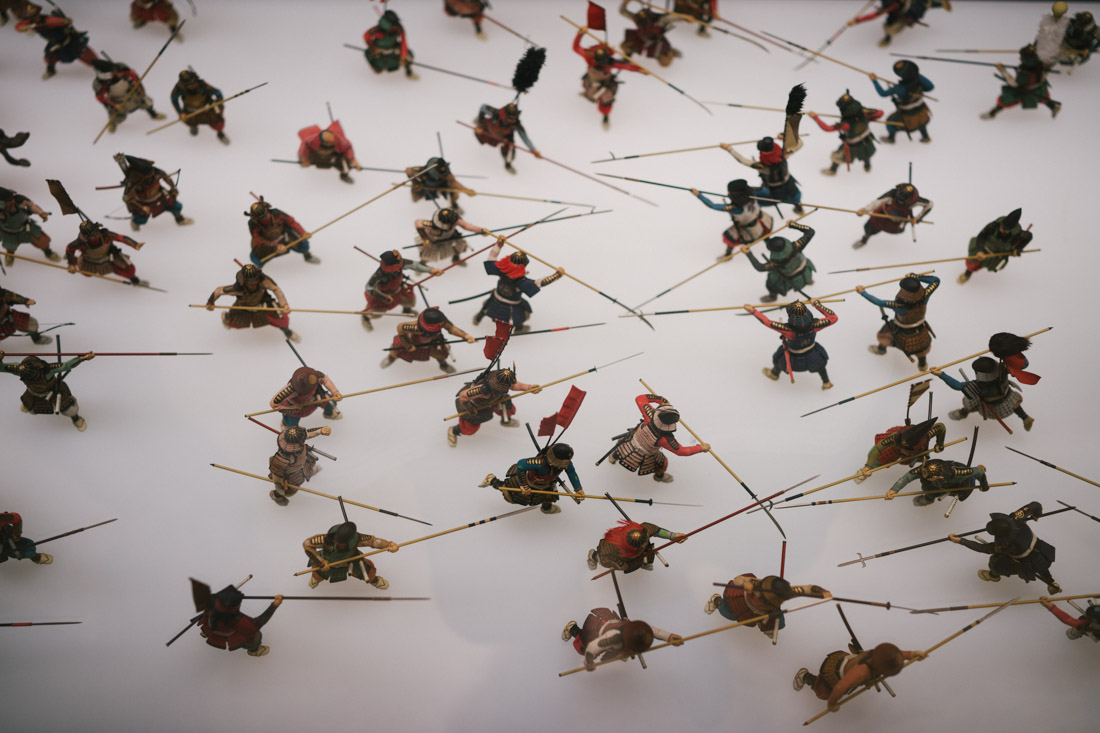 Representation of the war in the Battle of Sekigahara, one of the few things we could take pictures to.

The heat was not going down so we started to look for a place to eat Okonomoyaki, but couldn’t find any, so we headed to the station and ate at a restaurant that had a camp theme, even the spoons were little shovels! 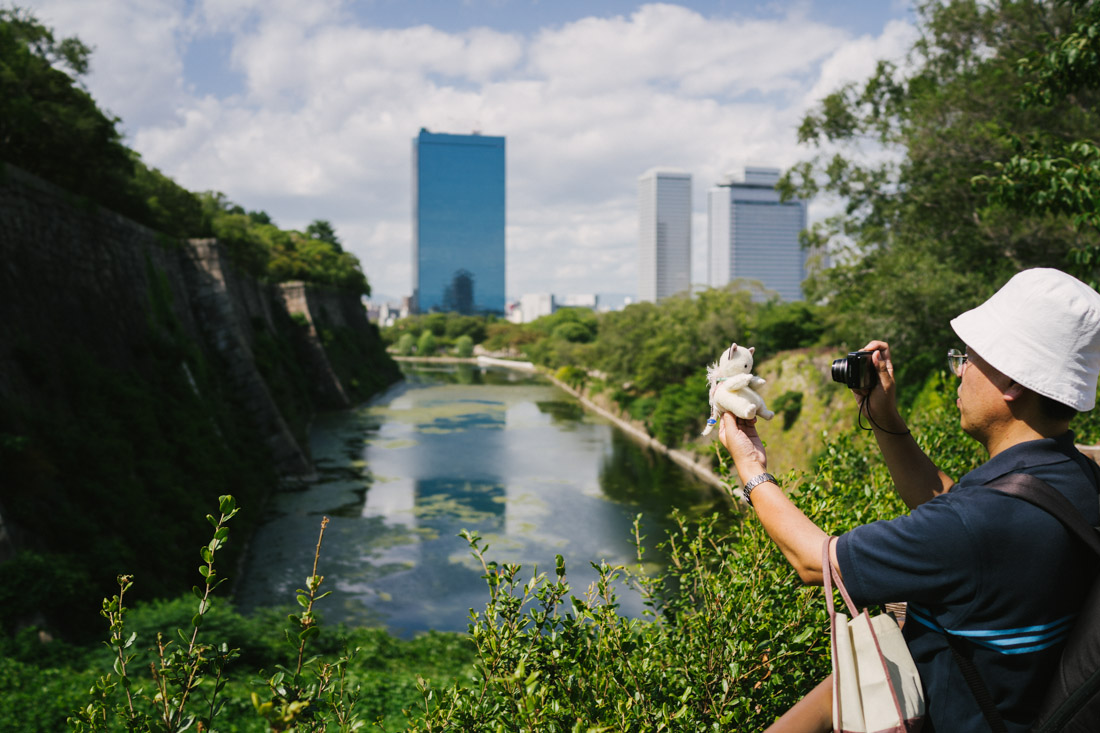 Photo enthusiast and its companion. 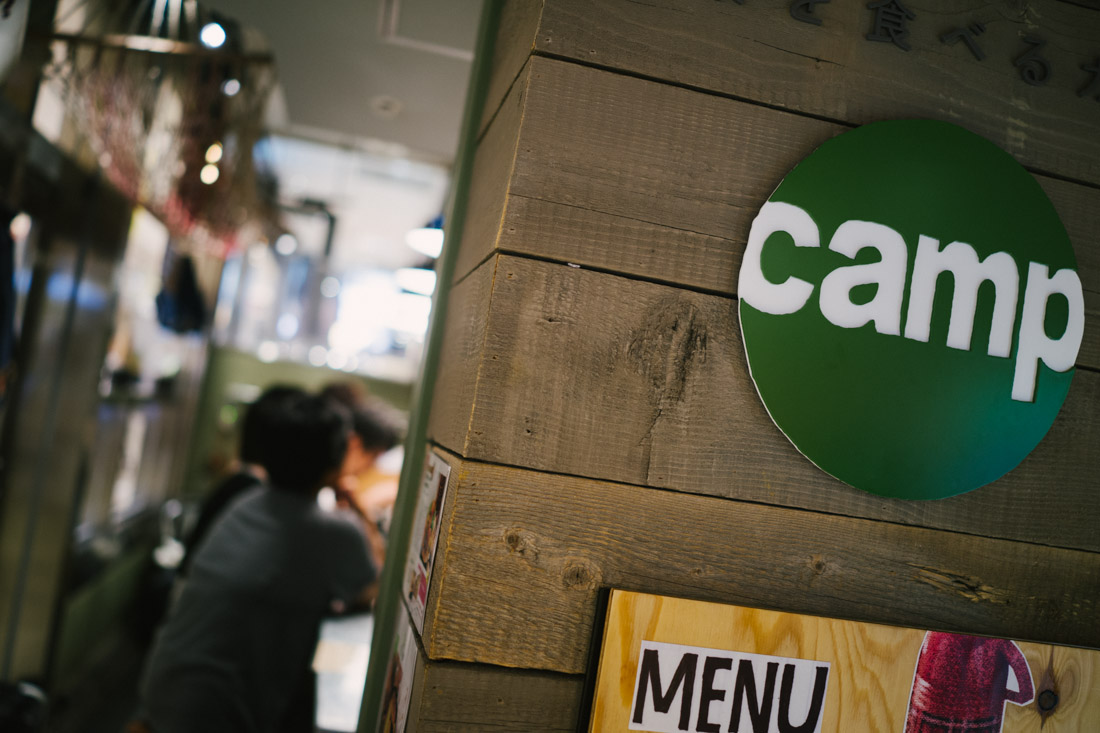 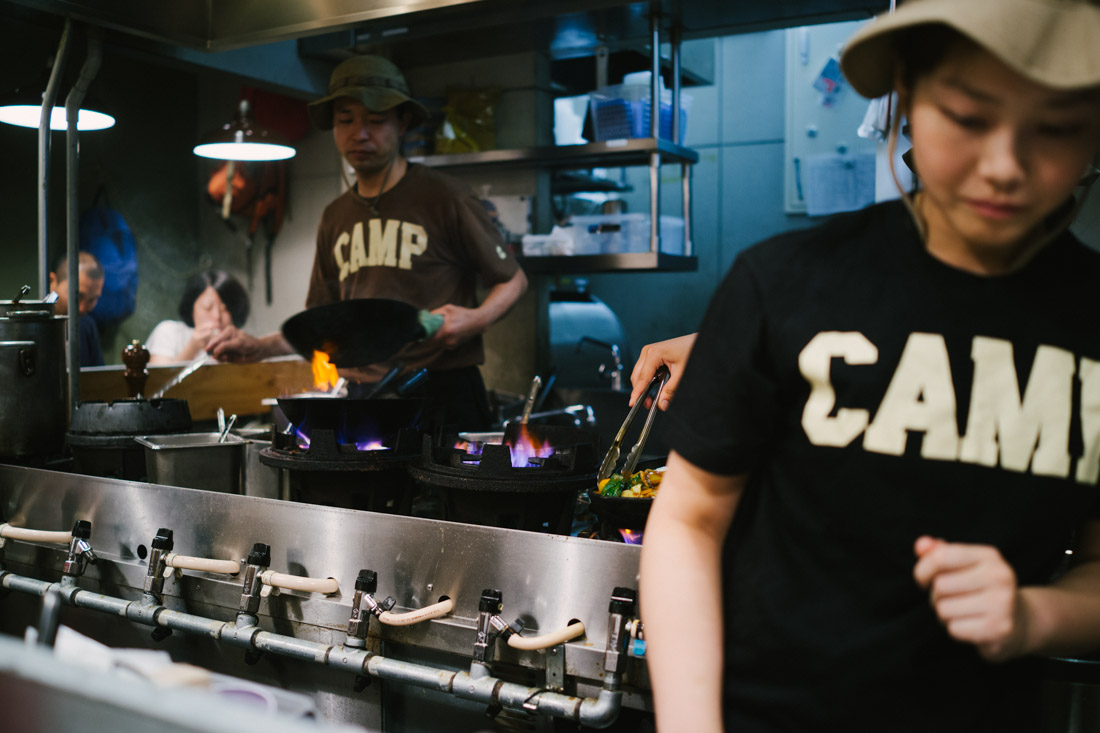 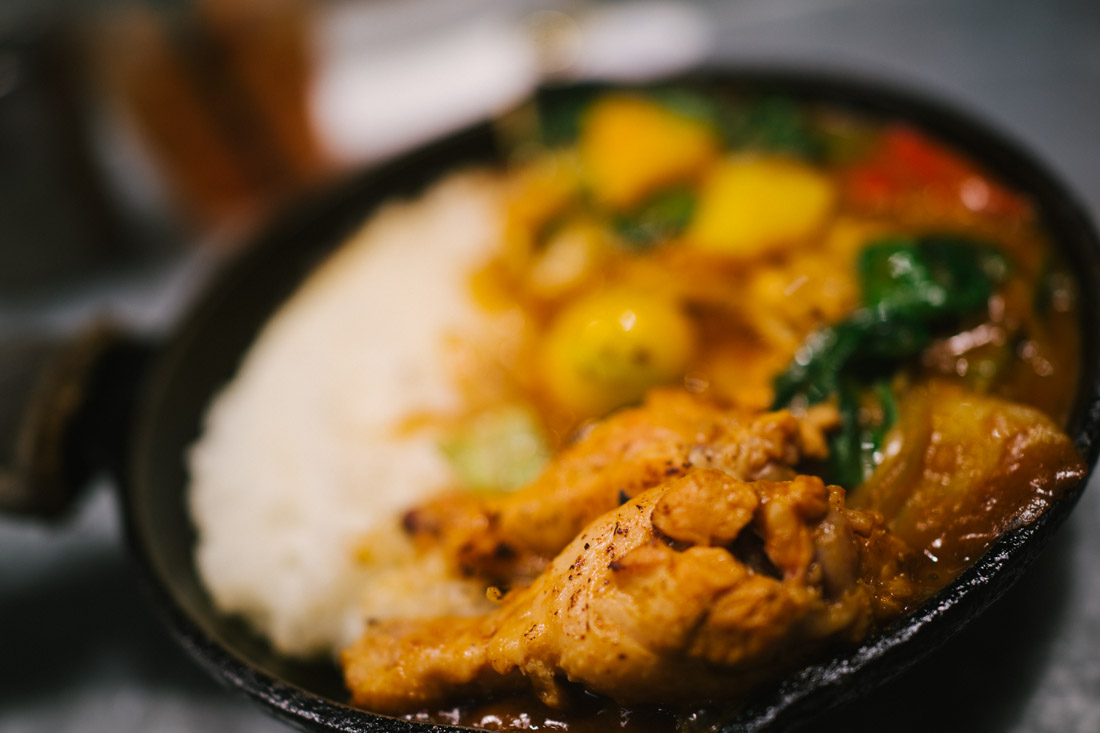 The meal was quite hot for such a hot day, but the flavour made up for that. 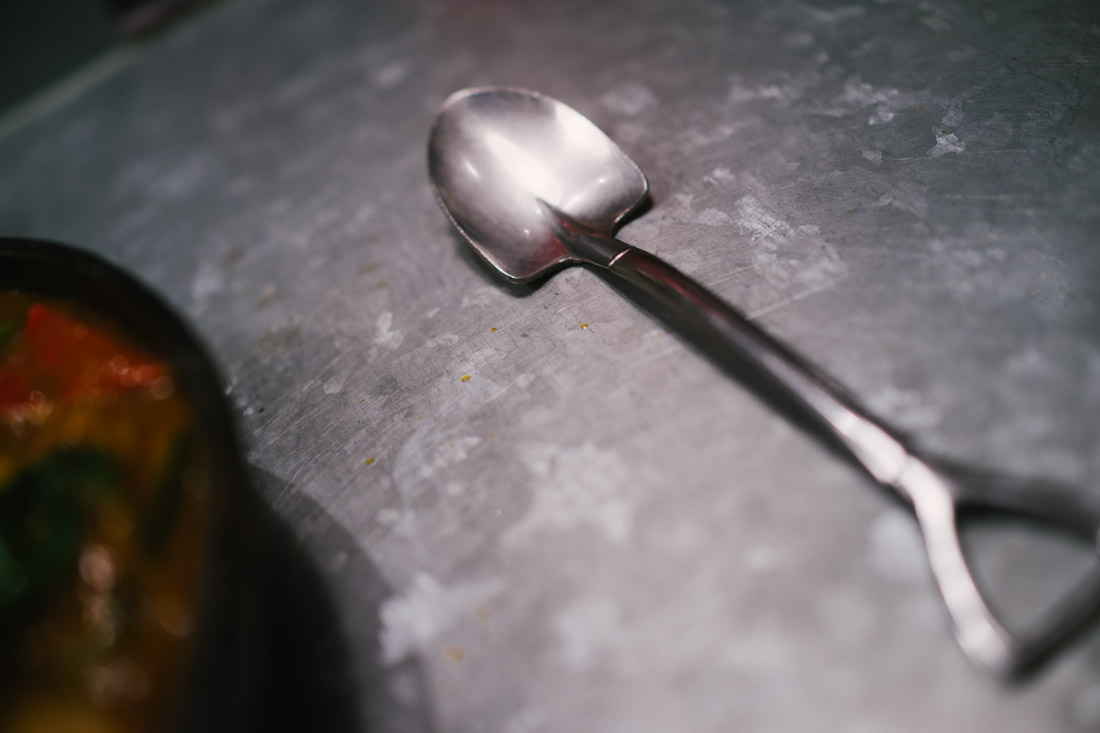 This is a spoon. How awesome are these?! 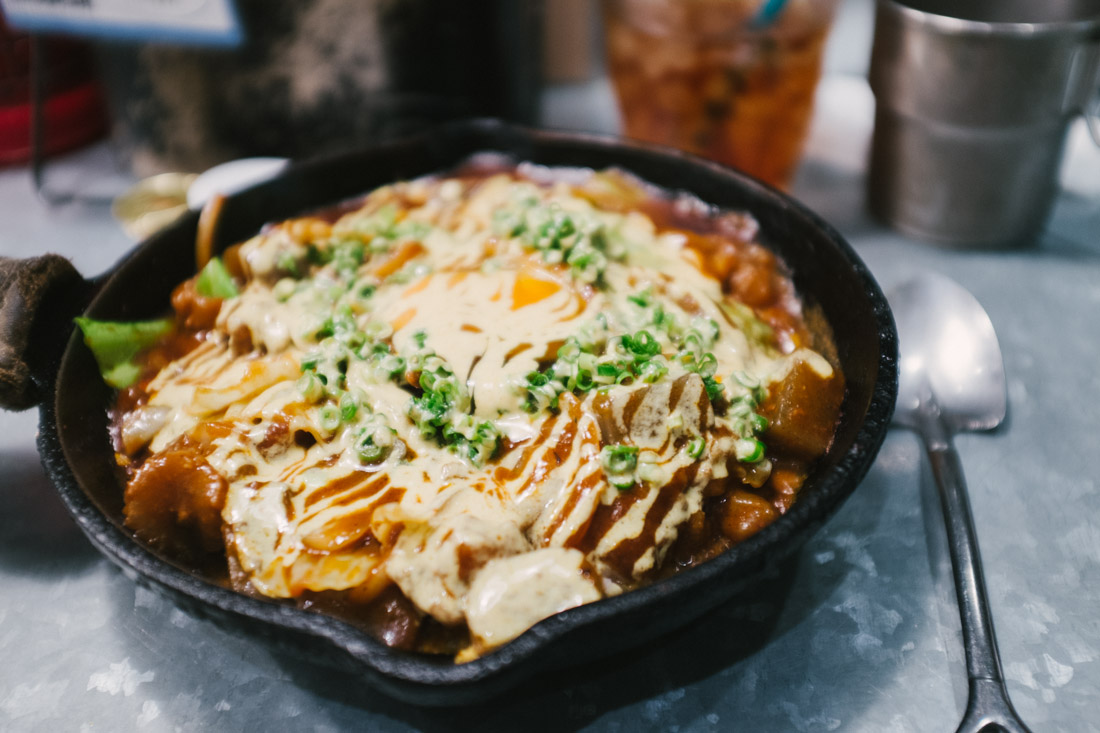 After lunch it was time to get back on the train and head back to Kyoto. We’re sure Osaka had more for us, but the heat did not help our will to go on.

Traveling on the Shinkansen bullet train. 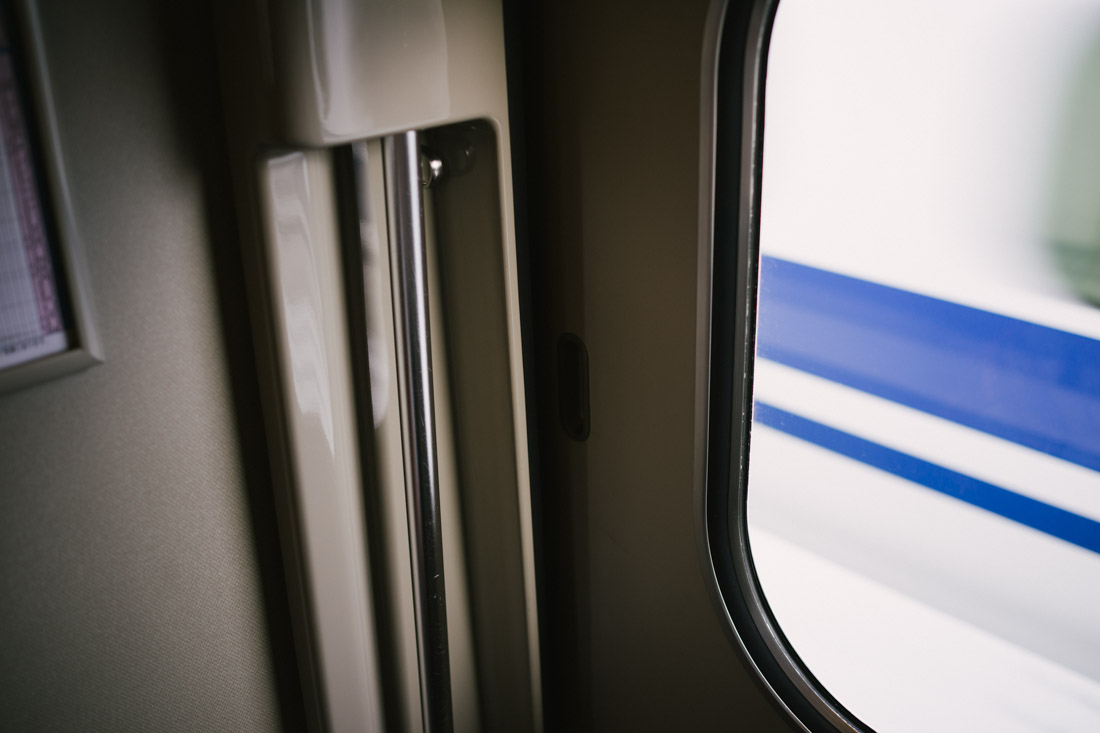 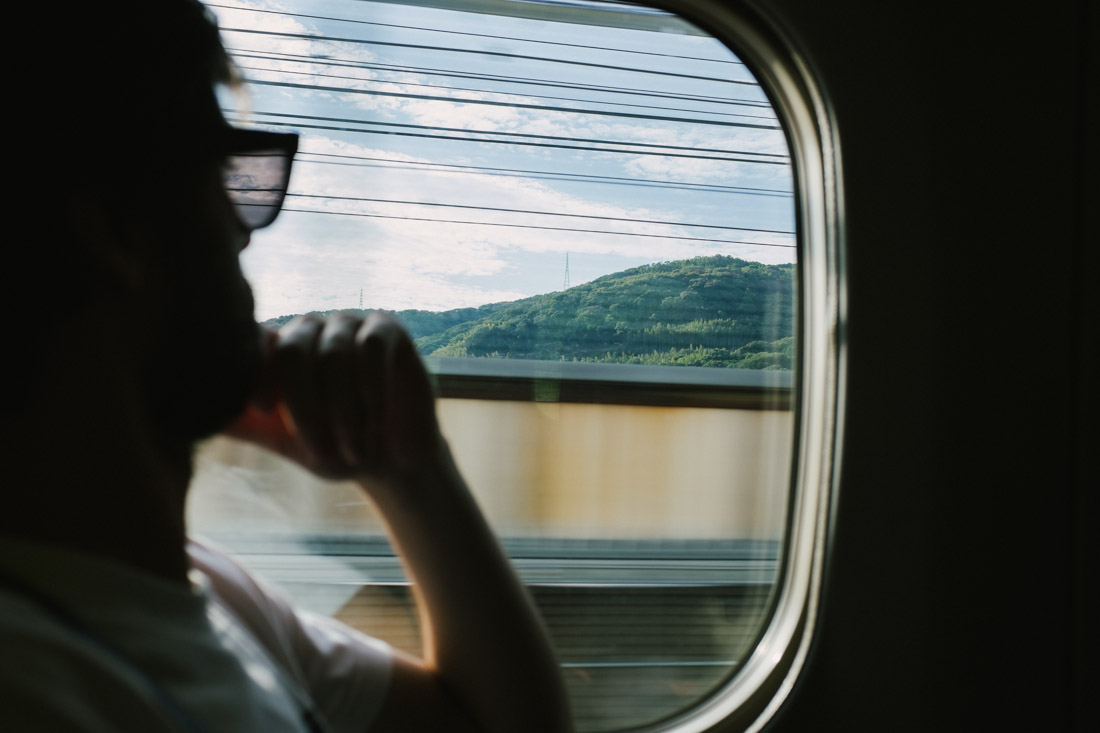