Before heading home on the 4th day, we stopped by Minato Mirai 21, a large modern area in Yokohama, the second largest city in Japan.

One of the reasons that led us to pull the trigger on buying the JR Passes is that it allows us to travel (almost) all around Japan whenever we feel like it and make how many stops as you wish.

Yokohama happened to be on the way back home from Kamakura, and we’re glad it did. Japan must be one of the very few countries you can travel in, pop in and out of different train stations, and feel the different vibes from the various locations. 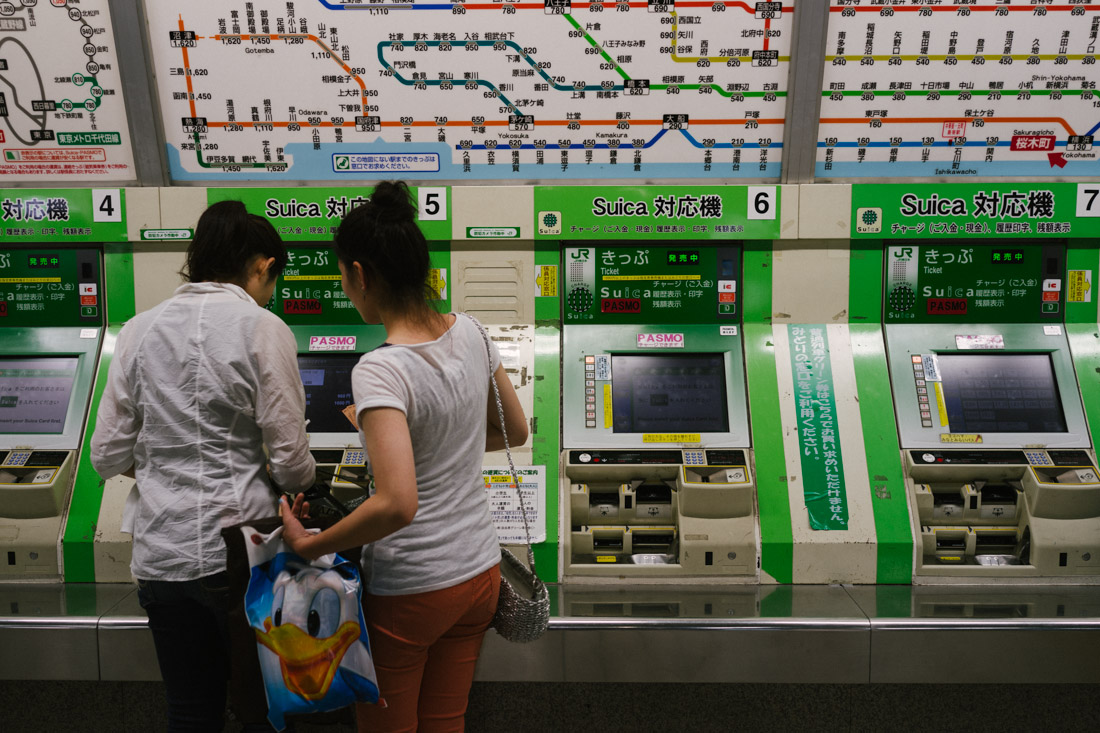 A digital version of the vending machine in Kamakura.

Just on this day we went to Tsukiji, Kamakura and Yokohama, and the JR Pass was valid in more than 75% of the entire journey.

One awesome thing we noticed is that most train stations have their own departure tune. It makes a station instantly recognizable in an otherwise mechanical and bleak system. Very handy when you close your eyes and try to rest on the train.

In Minato Mirai — literally Port of the Future — we wandered around a bit, before going up on the Cosmo Clock 21, a giant ferris wheel that also happens to be the world’s largest clock, to get a bird’s-eye view of the whole Yokohama bay area. 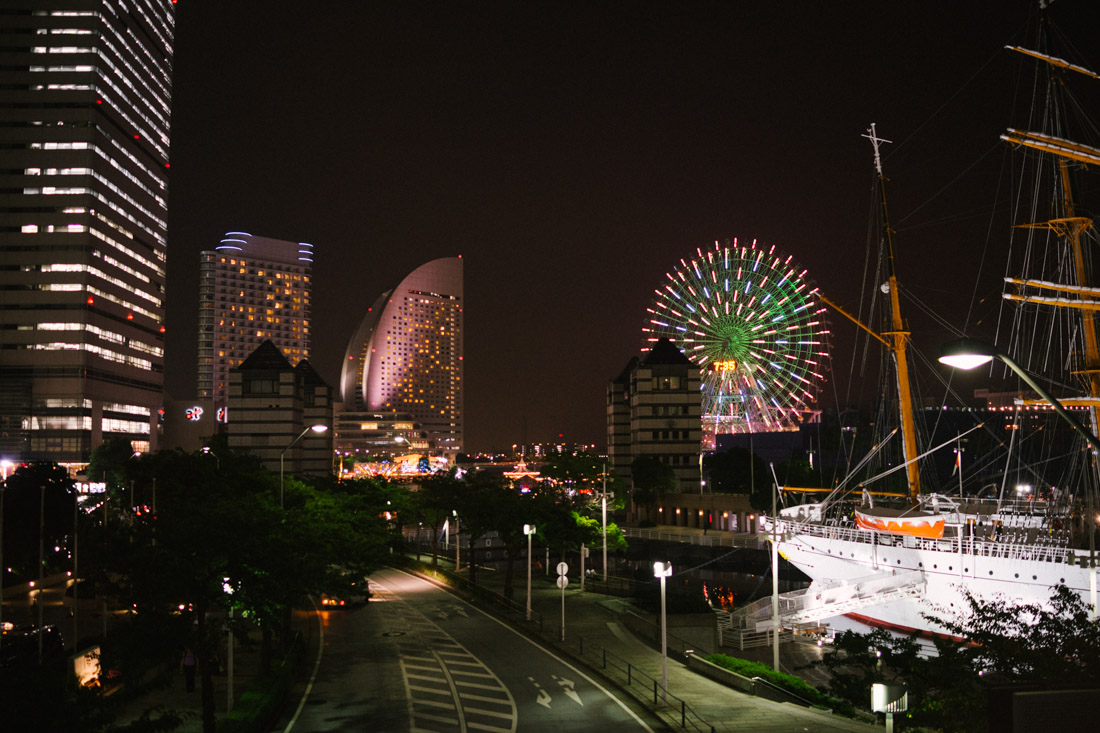 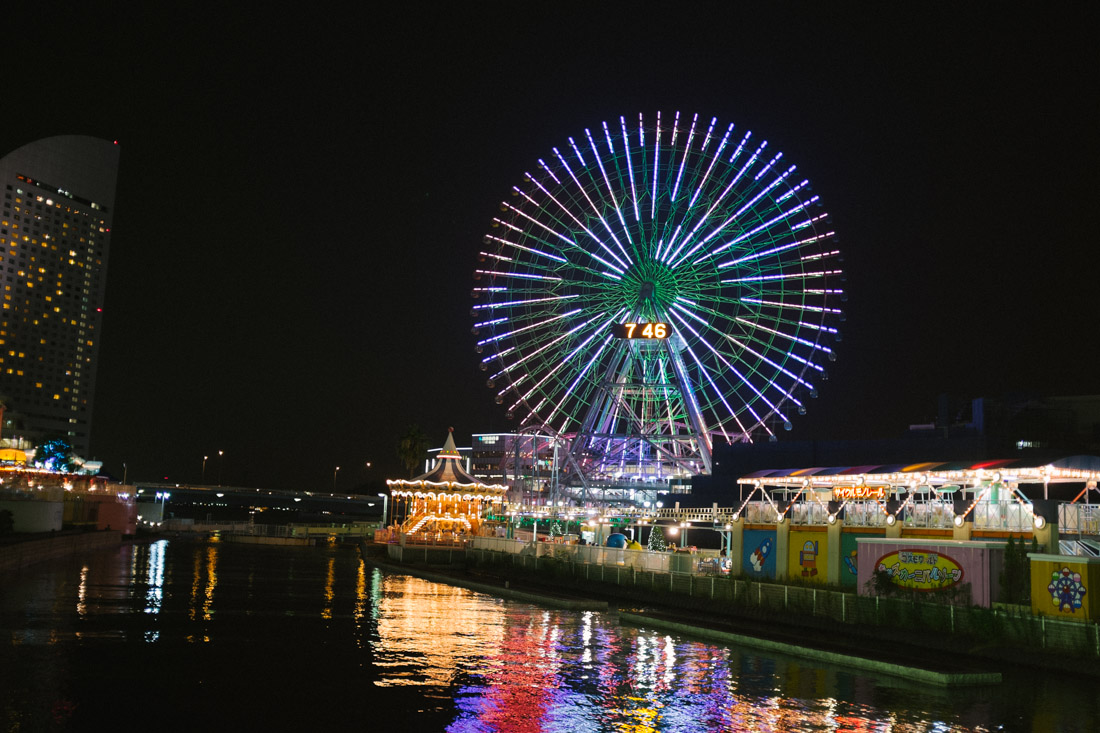 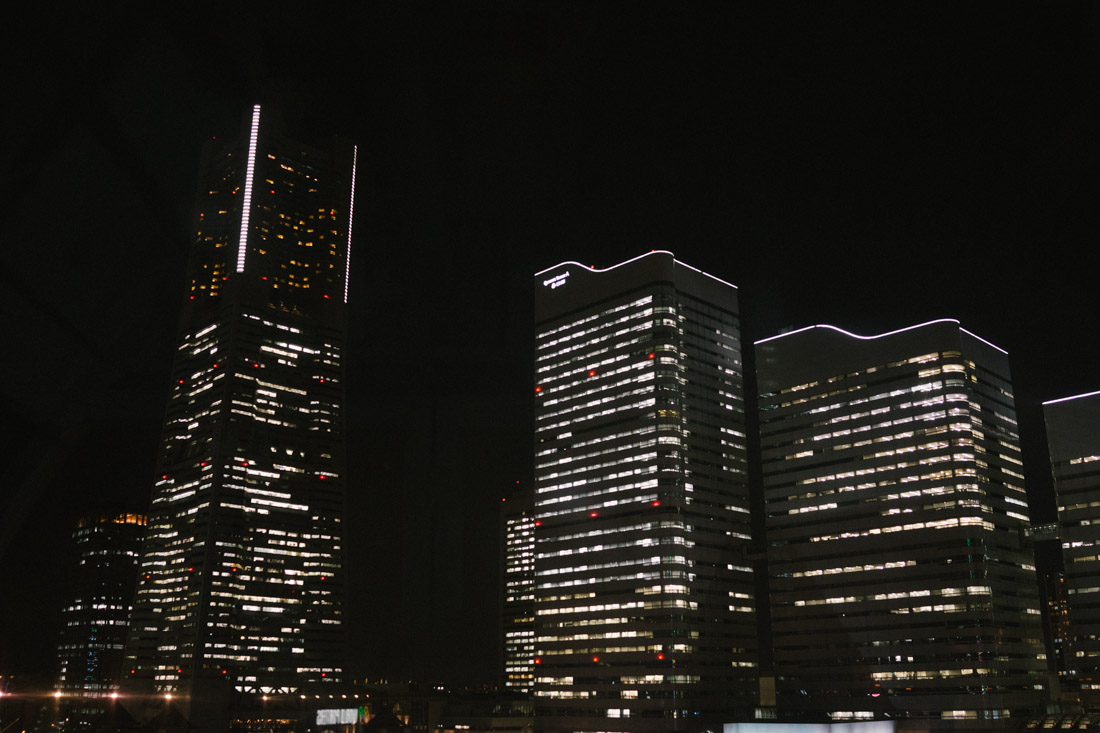 The three Queens Square Towers next to Landmark Tower. 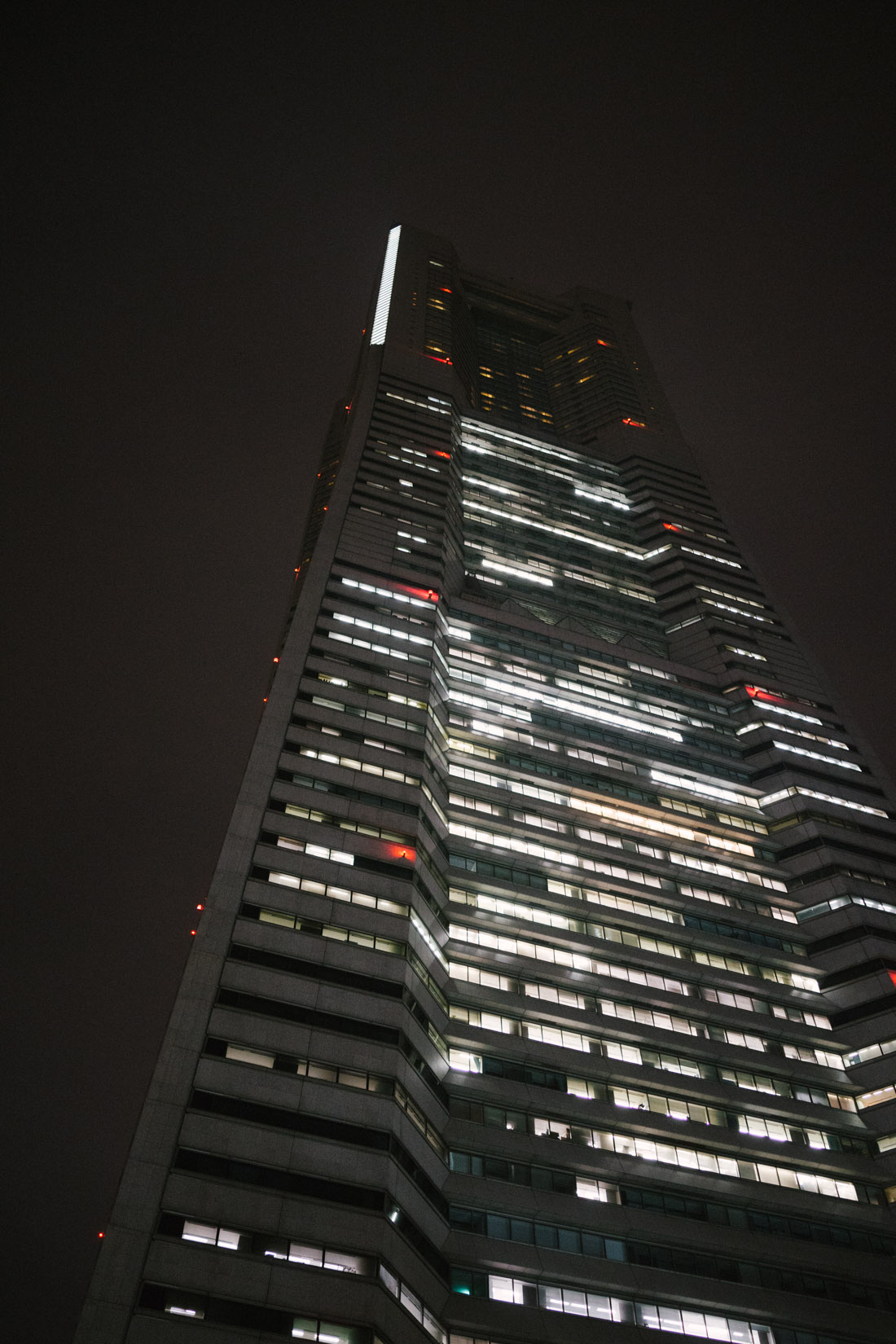 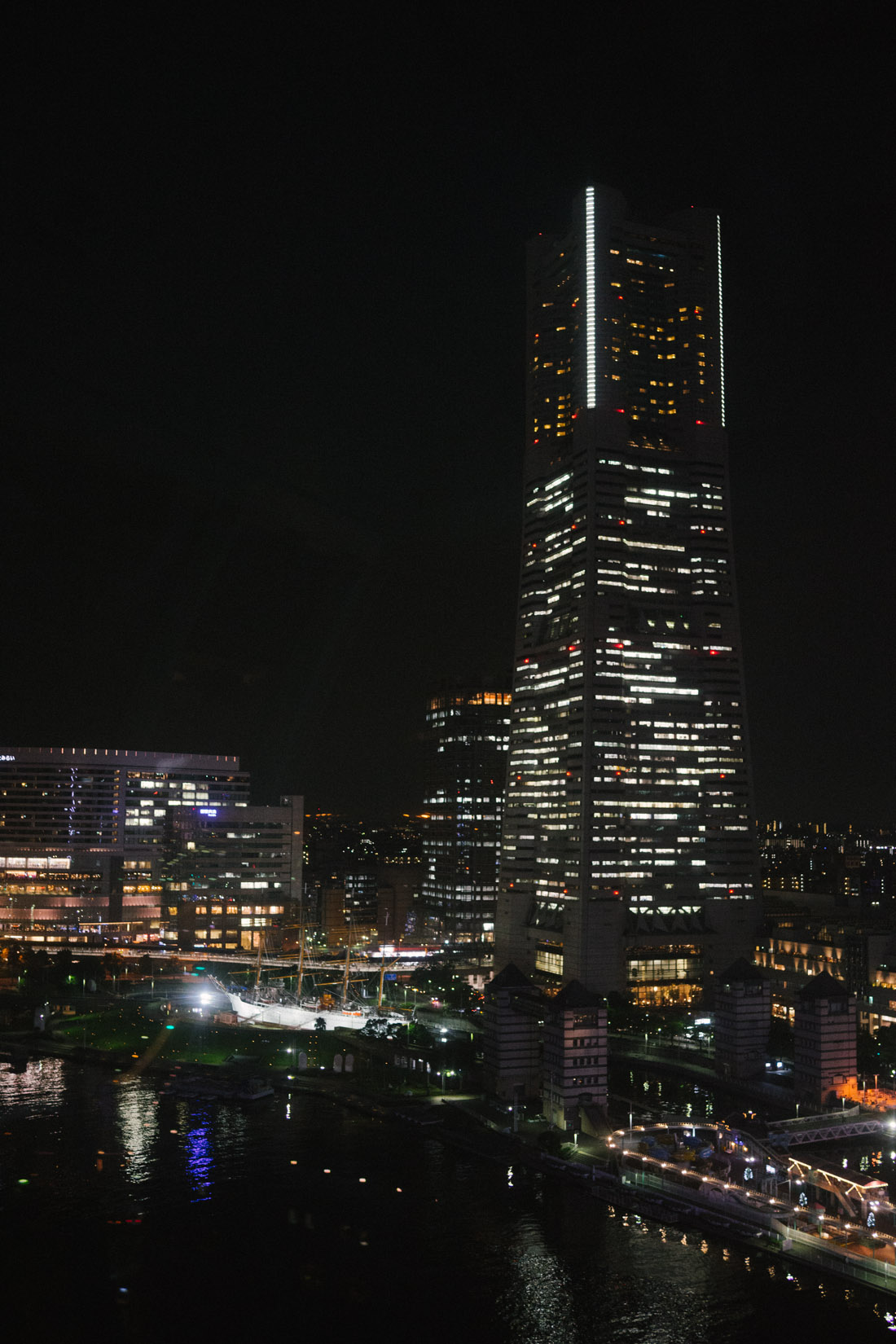 The Landmark Tower stands 296 meters tall and has more than 70 floors. 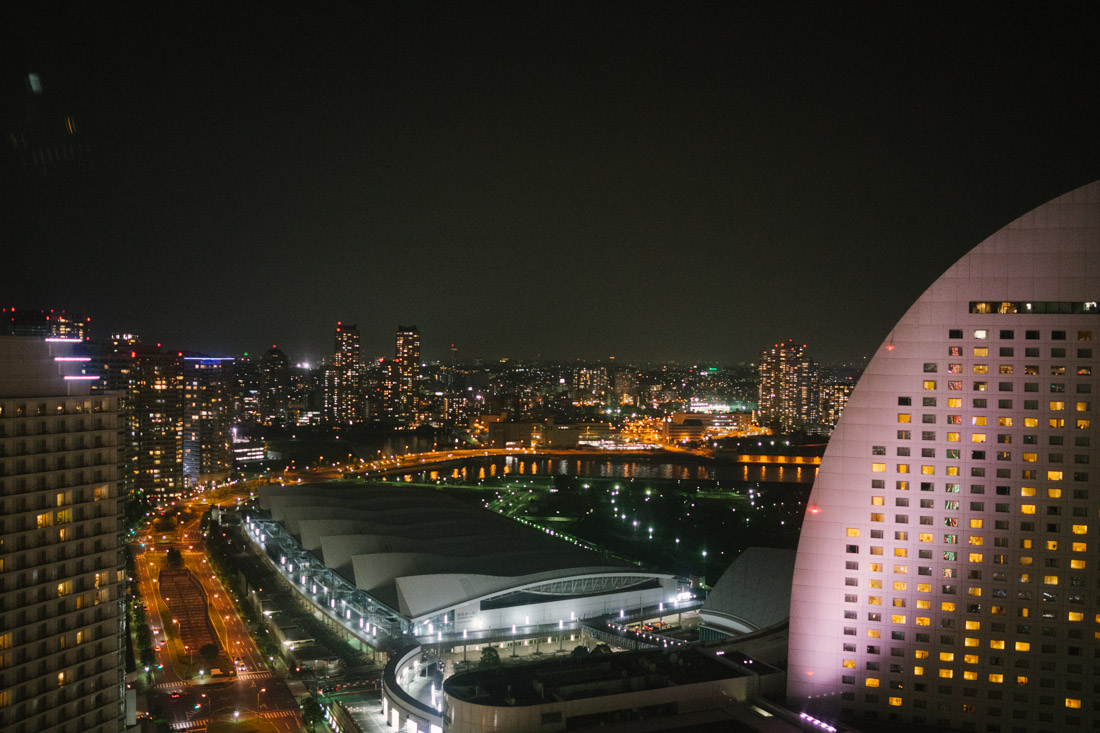 View from the top of Cosmo Clock. 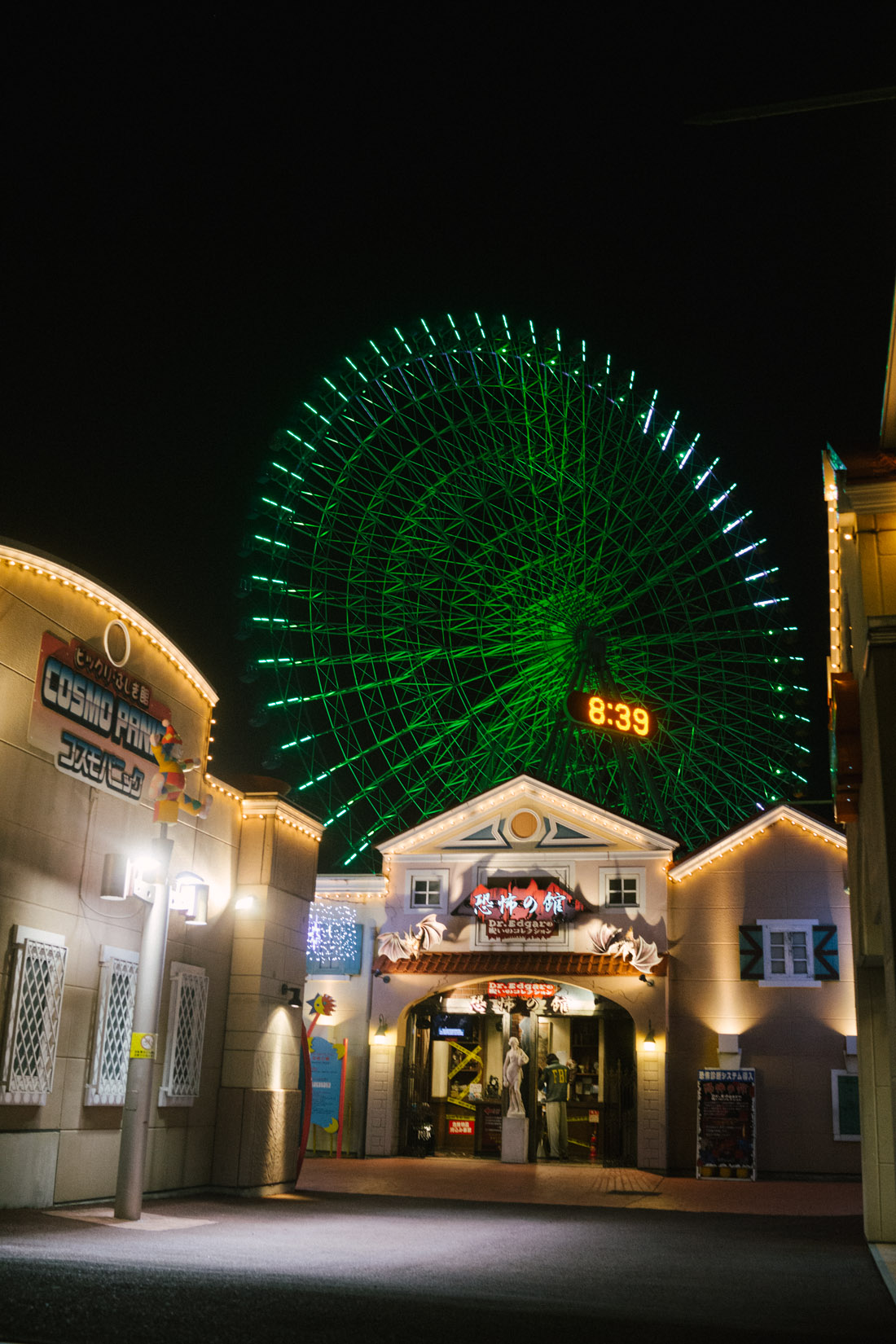 There’s an amusement park on the shore. 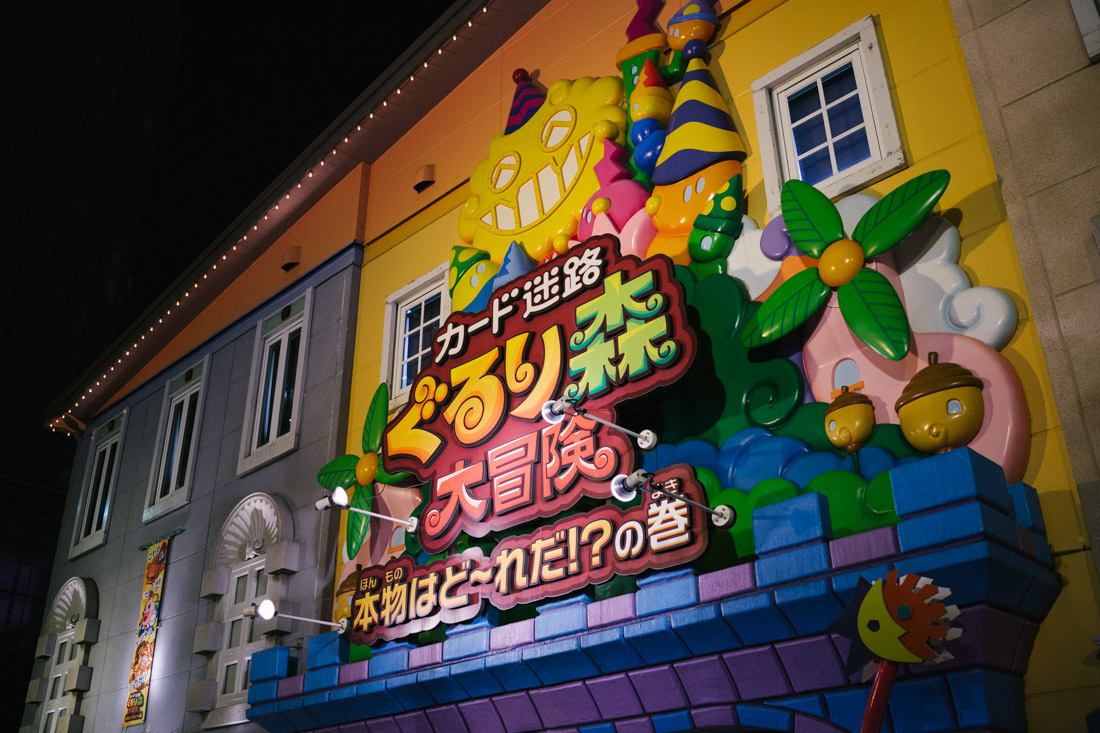 Ride inside the amusement park, love the graphics around here.